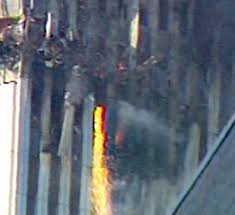 1) The government came out very quickly with the hijackers list.
2) Several of the hijackers came out as alive and well and living in different cities
3) None of the hijackers names were on the passenger lists. None of them. So what names did they use to get on the planes? This was never discussed.
4) There was never a forensic investigation
5) The 9-11 report was not commissioned to “get to the bottom of things” it was commissioned to look at how the assumed official story happened
6) Where were the well documented wreckage parts of the planes with ID numbers. Every last plane part has a ID number
7) First responders indicated that black boxes WERE found
8) First responders reported hearing explosions BEFORE the planes hit
9) First responders reported hearing explosions AFTER the planes hit
10) WTC-7 was announced to have collapsed on 4 different news program while it was still visible in the background as NOT having collapsed. The fires in WTC-7 were minor and it had not been hit by a plane.

The next discrepancies I will call stage 2. This is information that came out in the next few years.

1) WTC-7 fell at free fall speed. This is impossible unless controlled demolition was involved. Impossible. Now, if you say OK well WTC-7 was intentionally demolished you have to realize its a huge 47 story building. It would take days if not weeks to wire a building so large for controlled demolition furthermore it would be suicide to do it while fires still burned.

2) The dust was examined and found to contain round spheroids of molten metal, microscopic nano particles of aluminum. It was the evidence for both high explosive and nano thermite. This was found by 3 different researchers and from different samples, all published in peer reviewed science magazines.

3) Pools of molten metal were found in the WTC rubble. How could so much metal melt from a building collapse?

4) Photographs of oddly molten cars began to appear on the internet. In the most striking example, a police car was perfectly half molten, unburned papers inside, and the rest of the car was half perfect. This indicates high energies at work. Very high temperture flash type energy that ocurred only for an instant. There are very few things that we know of that can do something like this. One being a Star Wars Nuclear powered X-ray type energy beam (or Maser beam). 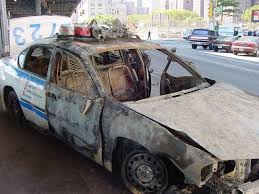 The heat was so extreme that tires vaporized into thin air leaving behind the steel cables which are embedded in tires hanging loosely on the rims. Thats an increadible amount of energy.

5) the cell phone calls that don’t add up. “Hi mom its me Mark Bingham” who introduces themselves to their mother, during a hijacking as their full name? Many people believe these cell phone calls would have been impossible to make because they were out of range.

The next stage of problems has to do with general government weirdness.

1) Dick Cheney had FAA shoot down orders reassigned to him months before the attack, the returned it to normal shortly afterwards.

2) The government was engaged in multiple air defense drills at the time, sending much of our air defense to Canada on that day

3) In the bunker, on being told that the plane was still approaching, Cheney was asked if the order (to NOT shoot down the plan?) still stood. He says yes.

4) None of the air defense systems at the pentagon were triggered. These are automatic systems.

6) Witnesses at the Chevron station near the pentagon (multiple including police officers) insist the plane they saw flying low was NOT following the path of the down-turned lamp posts.

Finally, what happened to the people who died on the planes? Of the passengers and crew of Flight 11, 77, 175 & 93, only 22%, 22%, 28%, 13% respectively are in the SSDI database as dead. Of the 266 people that we were told died on these jets, only 11 relatives applied for compensation. Can you believe that not a single relative from Flight 93 applied for compensation? The minimum federal award was $250,000, and the average pay-out was about $1.8 million. The recipients only had to make agreement: they couldn’t sue the airlines.

Here is our best composite theory based on the evidence to date:

1) The WTC Towers 1 and 2 and the pentagon were struck by GPS guided cruise missiles or specialized planes using either remote control or homing beacon type guidence, or there were simply explosions and no planes at all. The no planes theory makes sense to a point as they had radar false image injection. However the picture of the Murray street engine wreckage seems to indicate some sort of arial vehicle as involved.

Take a close look of this picture of wreckage of the Murray street engine presumably from the 9-11 plane which hit the world trade center, and what the part from a Boeing 767 actually looks like. It doesn’t match. If that doesn’t shut up a nay sayer I don’t know what else to say.

2) All video photage of airplances striking the towers was faked
3) An additional directed energy weapon was involved in the collapse of the towers
4) The towers (WTC1, 2, and 7) were brought down by both thermite to cut the steel followed by high energy explosives which are not traditionally used in demolition.
5) The reason no order to shoot down planes were given is because no planes were there. They were fake “ghost” images injected directly into the radar systems. Don’t believe it? They were doing this all day long as part of a wargame, simulating airplane hijackings and injecting false planes on radar. This is why so many army people when informed of the hijackings have to ask “Is this real or game?” The question of what really happened to the planes and the people on them is a mystery but a best guess would be they were intercepted by jets, redirected out to sea, and shot down.

If you believe the government story what is the response to these points? Keeping your head in the sand is NOT going to improve anything. Its time to face the reality that our government intentionally murdered 2,600 Americans to lead us into a terrorist state.