BizZARRE footage shows a woman brazenly striding through an airport NAKED before bending over in front of stunned onlookers.

“I ain gots no Guns Ya can still frisk me if ya wanna” said the woman to TSA agents who cowered in terror. “Just go right on through miss”

It’s a new way blacks are protesting American “apartheid” and reparations for slavery. Even though most black slave owners in the south were other BLACKS and the slave trade was organized and run by JEWS not Europanics, and dont forget the 1.3 Million Europanic Slaves taken by Turkish, Saudi, and Moroccan slave traders in raids on villages in Europe. Where the women were forced into sexual slavery. No reparations for that.

Still, we get all kinds of protests and blacks whining, when the plan was to return them to Liberia. Once they took a look at what a black rule country was like, they wanted BACK and now our welfare roles which encourage dysgenics and pay more and more goodies the more babies black women have, is bankrupting our country a trillion dollars a year.

Black lives don’t matter. In fact, there are entirely too many dysgenic low IQ high violence blacks in America and their population is RISING.

We need to change our welfare program so that it there are NO additional goodies money or section 8 housing if you have children. It should be one check based on HOW MUCH YOU PAID INTO THE SYSTEM – just like social security. If you never paid in, payouts shouldnt be more than 600 a month.

Currently section 8 housing, which supports 60,000 units at a cost of 51 Billion (2014, probably more now) is largely given in priority to low income families who produce many children even though they have zero financial means. This is the R reproductive strategy – get as many children as you can produced and dont care for them. This has to shift as does our policy. Worse, many of the people who staff these handouts are themselves dysgenic races and FAVOR their own kind. HORRIBLE!

So the next time you see a black woman walking naked around Hartsfield-Jackson International Airport in Atlanta in her birthday suit, remember, Dysgenic policies produce dysgenic people. 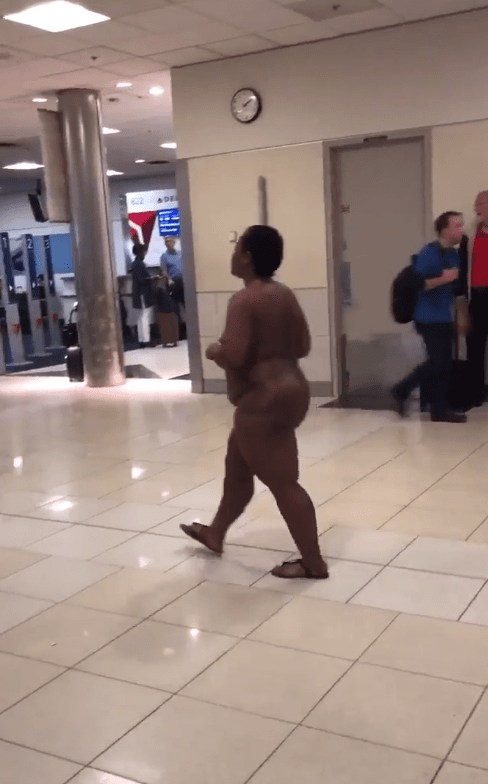