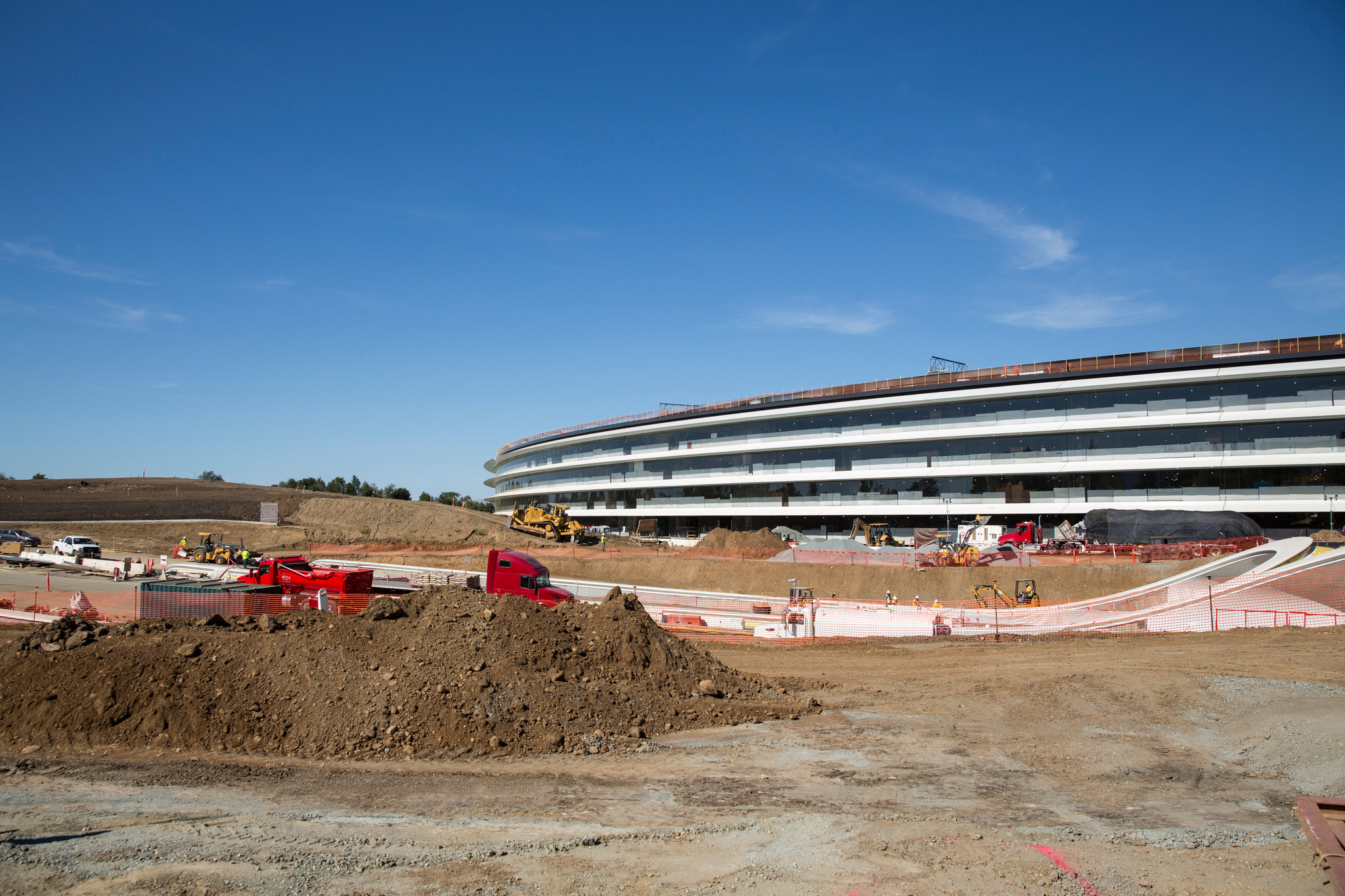 It’s big. It’s round. It’s the AppleSphere.  the giant office complex to house 10,000 workers in Cupertino. Sitting on the old Hewlett Packard site, this immense building project seemed impossible. Where to get so much land. How to make it integrate with the city.

But sadly, Apple has chosen the wrong location. With small row houses now costing 1.5M they are unaffordable for most workers. Apple would do better building HyperSphere #2 on the outskirts of Austin Texas or Houston. But instead, they remain in a place where once white workers have families they can no longer stand living in tiny gross two bedroom apartments that cost upwards of 2,000 a month.

The solution? Bring in dumb Indians with fake degrees and fake resumes. Its what all the silicon valley companies do to cope with real estate prices that don’t match reality. They are all in cities where building ten dozen high rise apartment buildings to house another 100,000 inhabitants is forbidden.

Apple Inc. has filed 4639 labor condition applications for H1B visa and 2096 labor certifications for green card from fiscal year 2014 to 2016. They have over 40,000 of them! And many thousand who have converted to green card workers. Wait I thought the H-1B is a non-immigrant visa? HA that’s just the name, its a huge immigrant visa. Everything about it is a complete fraud.

The Indians utilize the H-1B visa. A short term non immigration visa, except it lasts 8 years or longer and is FOR getting a green card. It’s all a basket of lies. They get moderately competent slave workers at best, and more normally, ethically challenged empty heads just collecting a paycheck.

The problem is, we tell our native citizens go spend that 250,000 for a top college and then go on and spend another 100,000 for a masters program. The indians just sail through fake colleges where open book cheating on every test is the norm. They are diploma mills, if any of them even have diplomas (30% are fake says the GAO!)

They say they cannot get american workers. Well look at the cost of living you are building your companies in – San Francisco, Cupertino, Seattle. Normal people can’t afford that not even tech workers.

What they should be doing is building their hyperdoughnut but also building residence hubs for their workers and offering discounted housing for all employees earning < 200k.  A nice beautiful glass laden modern condo of 120 sq meters and rent it for 1300 a month. That would bring the best and brightest back.

And what about building some low income housing as well? Nope! Not in the plan!

the H-1B visa is a criminal arm of sell out government and it never should have happened. Now that it has strayed so far from its intention, the numbers need to be reduced. Rather than 365,000 a year make it limited to 10,000 a year.  And make it so that the highest salaried get in first. That would make it truly the best and brightest competition – money is a good way of measuring value. It would also stop the dozens of Indian bodyshoppers – Tata, Infosys, Cognizant, DanglyDoop – whatever they are, from importing millions and paying them 20 bucks an hour then farming them out to other companies (illegal but happens every day)

Finally, the H-1B has become a genocide program for american technologists. Only the most gifted stay in the field and can barely get jobs. Only when huge indian run projects fail do they bring Americans in to clean up.

“We are smarter than americans so they bring us in” says Govinda. Yeah right.