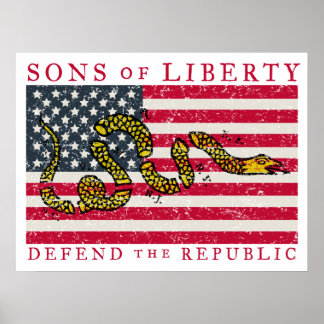 Watch and learn.  We will not sit silently by as jews negors and hispanics overrun and take away the great nation we built. City after city falls to abberant welfarism and violence driven by these dark hoardes which breed incessantly or invade in huge numbers in the tens of millions.  Baltimore. Detroit. Chicago teeters in murders and blood. Camden. Any city with a high population of these dysgenic peoples falls.  And California even with our wealthiest communities of silicon valley and Hollywood finds itself hundreds of billions in debt as it tries to accommodate the non working violent hoard that has moved in.

Our government overspends driving inflation to 10% and unemployment to 23 percent and then bails out not the people but the wealthy bankers to the tune of 23 trillion dollars. Everything this government does is against the people.

Our government taxes our hard workers to death, throws away our scientists and engineers and claps and laughs as dumb brown fake degreed Indian cheaters plow in by the millions, we will not for very much longer believe in democracy or acting in protests where the cops withdraw. and allow the communist scum hooded like criminals to attack with impunity. This is not Jefferson’s nation nor is it Lee’s.

Damn them all to hell. Their days are  numbered. Europanic Americans are waking up in huge numbers. Trump and Brexit were just signs of the unrest when 92 million americans are out of work. We will stand up and find a political majority in a new party. The days of the DemoThugs and RepubloBloods is over.  Simps like McConnel and Ryan did nothing but sell out to the big insurance corporations and screw over everyday americans and Trump sat by and asked why  why nothing is working?

Hitler saved his people from starvation. We need that leadership in America today. A civil moderate solution like the Trump administration has failed and we all have to acknowledge it.

Will we wait to fight back when they have bred and suckled dark skins and illegals to the point where we are the minority in our own lands?

In the words of “Charlottesville Survivor”

But it’s not Unite The Right that is “dividing” America. Whites who aren’t comfortable with being dispossessed in every single Western country, or with seeing the symbols of their heritage wiped out, gathered to protest peacefully.

And simply by speaking out against these perverse policies, they are accused of “division.” And for their trouble, they were attacked by an alliance of both law enforcement and Antifa.

Why should Unite The Right apologize for anything? Indeed, how can the “Far Right” be regarded as anything other than an incredibly moderate protest movement against a deliberate campaign of genocide?

No. I will not see that fate. If it is to be war and blood then it is the time to begin.

Removing the statue of Lee is removing heritage and history. Was Lee a bad person? He was against slavery.  He fought against Lincoln who was perhaps one of the most anti-constitution presidents of all time. No what is happening is purely communist. Communism’s great horror is they remove your past, your individual, your family. You become one of a group and their ideology. Which is why they allow no religions. It is a death cult promising nirvana as much as the guy who worships a head of cabbage. And this is what Antifa and the BLM and Feminists are. Commies.  And when you say Hitler was bad and the conservative right is Hitlerian, actually you pay a compliment if you understood Hitler’s true revolution against banker enslavement. Hitler lost and now we are all slaves of the bankers (yes mostly jews, but their power comes because they are a merger of the big old money families and the jewish bankers both – Rockefeller, Kuhn Loeb, Rothschild).

“Hitler took over the privilege of manufacturing money, and not only physical moneys,
but also financial ones. He took over the machinery of falsification and put it to work for
the benefit of the people. Can you possibly imagine what would have come if this had
infected a number of other states?” (Henry Makow, “Hitler Did Not Want War,”
http://www.savethemales.com March 21, 2004).

We need a similar financial revolution in the USA. We had our chance in 2008. But our leaders blinked and caved and 23,000,000,000,000 flew out to their fat pockets. Now the middle class starves and is targeted for destruction. Hoardes of Hispanics and Mexicans simply do not declare their marriage and the woman gets welfare for all her “american” babies if not herself.  Blacks switch to disability for being “learning disabled” because their native IQ is only 85. And we pay it. In Europe things are even worse, blacks storming into their country claiming to be “youts” of 13 years of age with bald heads and claiming to be Syrian war refugees from Somalia. And they do nothing.  It will be a dead zone in 20 years like a burned out coral reef. and this is what we sit by and allow to happen to our country? That is “Hate” ? More like being human.  It has to change.

We have to start with welfare and disability and food stamps and section 8 and earned income tax credits for invaders on arrival.  Just require at least 10 years of earnings before you can apply for anything.  Make benefits a sliding scale based on how much you paid in and for how long. Sadly, after 35 years of paying in the maximum, when most Americans get out of work they are told they only qualify for $183 a month for three months, every three years. They won’t even give that to you every year. Because white.  Somehow all the handouts that the Hispanics and Blacks get don’t apply to the citizens who worked 80 hour weeks for 35 years.  Explain that to me. It has to change.

And our reproduction has stopped because psychotic legal courts hand over husbands future earnings in divorce courts to lazy fetid women. This is our nation’s strategy to encourage population growth – stop the men from being able to marry.  It has to change.

The suffering and rape of our people is now a worldwide phenomenon. Italy is so overrun with dark invaders that it may not exist in ten years. Sweden has so many rapes and attacks that women stay indoors.  America must be the nation to act first and show the way.

Where is the leader who can really take us all the way to freedom not soft Trumpian words of cowardice and compromise.  No we need to throw all the bums out. If Trump were a true leader he would have acted on his very first day, outlawing issuing social security numbers to those without American parents, Offering a million dollar bounty on any illegal alien caught in the country. Declaring all health insurance companies illegal. Throwing every last H-1B Indian out of the country forever.  Taking all the blacks and hispanics off of welfare.  You should only get support if you have paid in for at least TEN YEARS.  And put tariffs on every imported good of at least 10%. And put fees on every financial transaction of at least 0.3 %.

And make taxes only for after you get rich and earn $200k a year or more. And set up free schools without union teachers. And teach real things not social liberal communist rhetoric. 90% of all colleges should be shut immediatly for incompetence. We do not need to give our dumb college degrees.

Make it illegal for central banks to have private hidden shareholders. Return the issuance of currency directly to the US Treasury. No we are slaves of the Jewish bankers. It will not be allowed. Try it and they will assassinate you like Kennedy. Make 20 to 1 capital balance sheets illegal. Reinstate Glass Steagal. Declare that Morgan Stanley and Goldman Saks are not banks. And set up state banks to loan to entrepreneurs and businessmen. Except none of this will happen because we are slaves. It has to change.

This vision, of a fully restored 90% Europanic America like we were in the 1940s and 50s, is not radical. What is radical is standing by and watching our own national genocide.

We are the Anti-Gen , the against our own genocide Europanic Americans.  And we are rising.