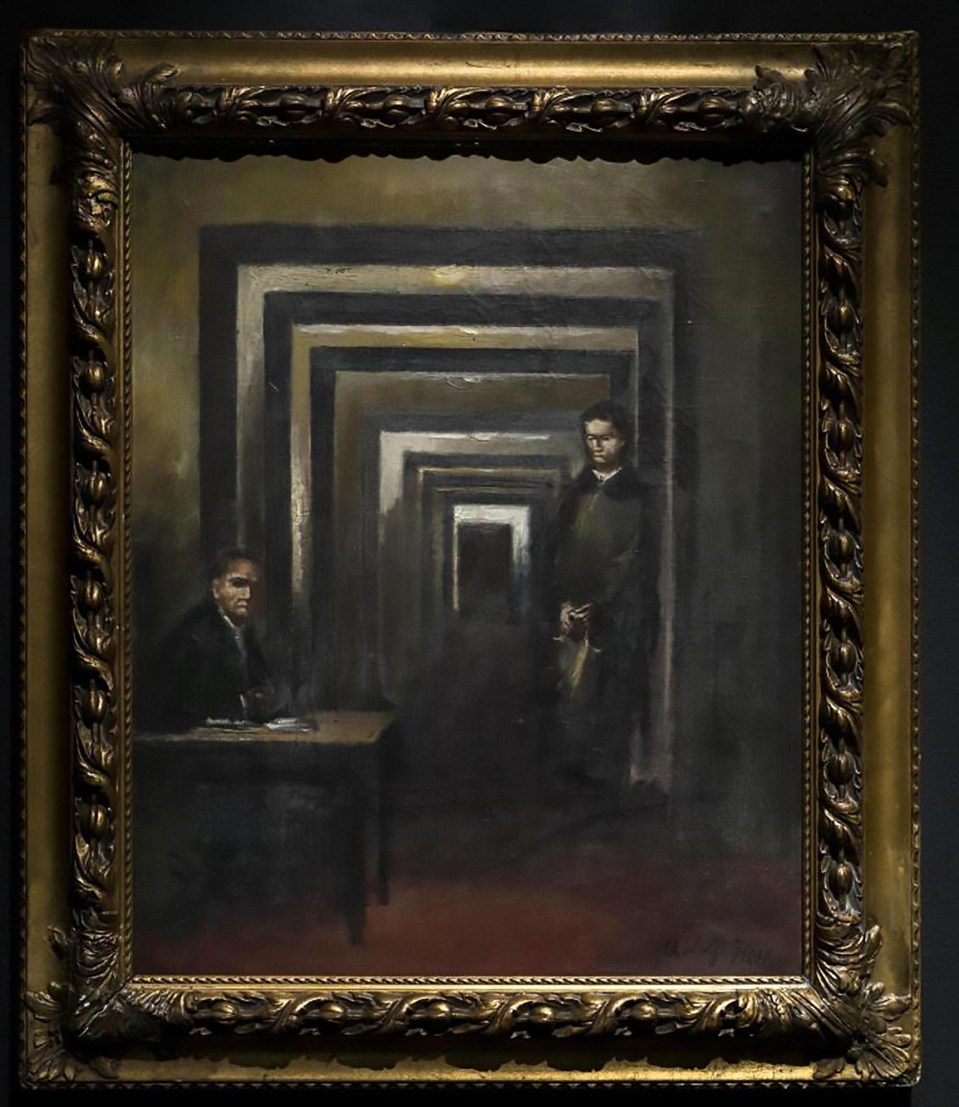 AN oil painting by Adolf Hitler has been attacked in a museum by a screwdriver-wielding man.

The enraged art viewer yelled “b*****d” as he tried to destroy the artwork by the fuhrer. “Die HITLER DIE!” screamed the madman who was reportedly a democrat.

According to a museum spokesman, the perpetrator was around 40-years-old and came intending to slash the painting.

As he ran forward a man yelled out “Stop that’s not Hitler, it’s just a painting”

“It isn’t Hitler? I’m not saving the world”

Security guards managed to prevent the man from destroying the painting, although the perpetrator managed to escape the museum premises.

The picture suffered only small bits of chipping of the colours. The owner, a private collector in Germany, decided after examining the damage not to file criminal charges