Dell entrepreneur in residence Elizabeth Gore lives in beautiful Sonoma no where near Dell and has never been an entrepreneur but she WAS the entrepreneur in residence for the united nations where she also was never a prior entrepreneur! But she spends her days enjoying the vineyards and playing with her kids and no doubt collecting a hefty dell paycheck. Am I wrong? She doesn’t have a MBA but she does have a degree in Animal Science with a masters in Financial Development from Texas A&M University. 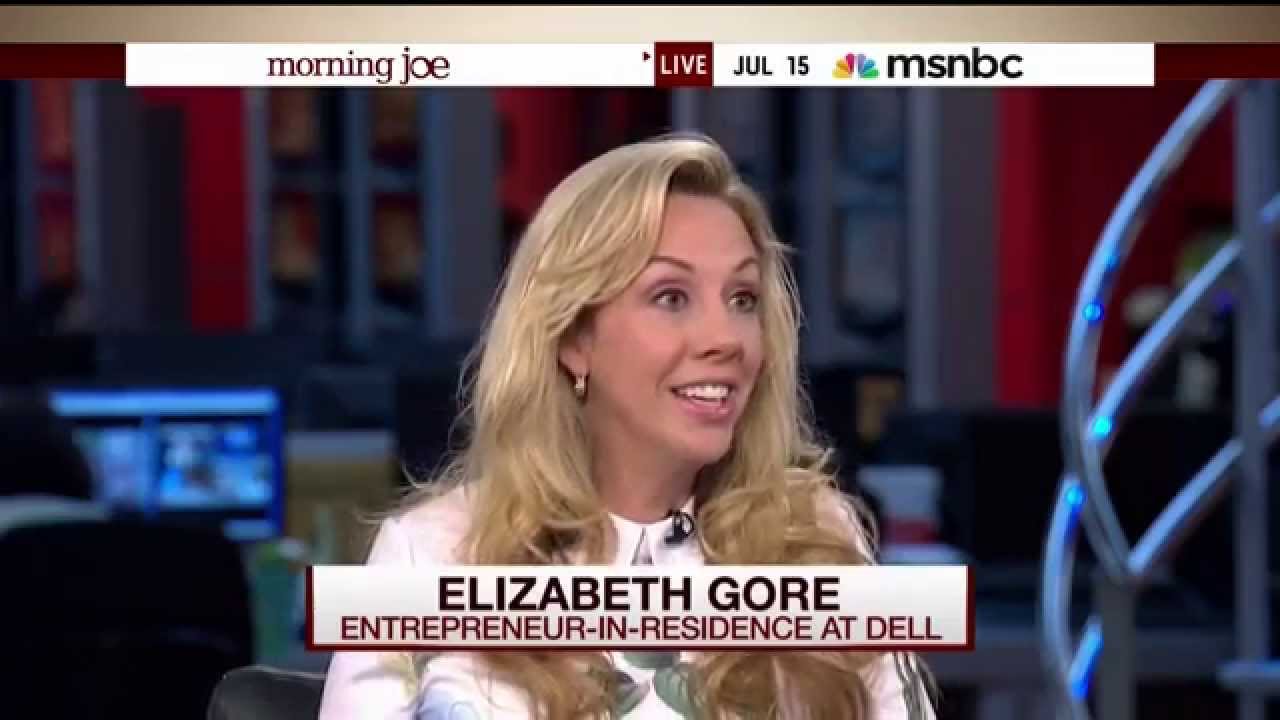 I followed up with Texas A&M. They have no such masters degree. They do have a masters in finance but that requires an undergrad degree in finance to enter the program. What the heck!

She lives with her husband and kids in Sonoma California, wine country. That’s a heck of a commute to Austin Texas where Dell is located.  But well, she gets to work from home a lot, its one more perk of being … uhm…  special.

Former dell entrepreneur in residence Ingrid Vanderveldt for whom the position was created was also never an entrepreneur although she did do green girl energy. She left dell to found a tech company … NOT.. no she founded Empowering a Billion Women by 2020, a silly company. both worked at the United Nations. talk about handing ridiculous jobs to women who do no work and have never accomplished anything.

Prior to working with Dell, Vanderveldt founded a number of companies and ventures including creating and hosting CNBC’s first original primetime series, “American Made,” founding Ingrid Vanderveldt LLC, acting as CEO of VH2 Energy Investments & Green Girl Energy, and founding the GLASS Forum. I couldn’t find anything on Green Girl Energy I assume it no longer exists.

Now follow this CAREFULLY. What did they INVENT. What technology that was UNIQUE and ORIGINAL did they form a company to create. Having a hard time answering that? So am I.

Now this article’s point is NOT to pick on these two women specifically, but rather to follow the point that women are now taking on roles that men used to have, except, they don’t bring the juice, the creative ideas, the original thinking, and not the invention. And that’s a disastrous recipe for our society.  An EIR is NOT a public relations job, its someone with HUGE ExPERIENCE being an entrepreneur with huge ideas and vision and from that huge experience they are able to either form a new venture OR help bring vision and strategy, evaluate existing deals and companies.  How can you possibly do that with your only experience being a UN gig or a TV show? HUH?

But they want to be entrepreneurs. They are college graduates (animal science ain’t easy!) and are what society presents as educated successful women. So why shouldn’t they lead the men who have ideas and launch companies?

Joining Dell meant taking her message of entrepreneurship and female empowerment global. Vanderveldt spends 90 percent of her time on the road. Her duties encompass everything from supporting startup incubators in the U.S. to visiting Kenya to check out a program crafted by Dell where women living in the trash-filled slums. What the F-K does slums in Africa have to do with Silicon Valley technology entrepreneurship!

Her LinkedIn profile says ” She is an Advisor, change agent and business innovation strategist to startup CEO’s and C-level executives at top global corporations.”

One Question – HOW! How can she advise anyone on anything when she hasn’t invented anything? Because she has a MBA? Sorry toots that doesn’t mean crappo.

Well she’s a good motivational speaker. Fine. BUT THATS NOT THE POINT!

Let’s look at the 100M credit initiative that Vanderveldt set up at Dell. If you already have venture capital funding, Dell will give you 10% of that as a credit line that you have to pay back. WHAAAA? WTF! That’s absolutely USELESS. IT’s not even a big enough of a credit line to be worth the effort, just another dumb program by a woman who doesn’t get that what is needed is a SEED INVESTMENT FUND for new companies to get them their first 400k to get off the ground and try their idea out without losing their shirt and having to declare bankruptcy. No instead, they got greedy. This credit fund is just a dumb make money scheme for Dell. Ugh! I could scream. This is the BRILLIANT idea this NON-entrepreneur manages? Oh well we also have to help africans dig through garbage. WTF! This isn’t the United Nations THIS IS HARD CAPITALiSM something these frauds know nothing about. Go back to the vinyard honey. Go back to the vineyard.

To me, these are gynocracy FRAUDS, NOT inventors, NOT creators, Not even intelligent as far as I can tell. Just frighteningly self empowered conceited rich kids who got cushy jobs and never did very much with it.  and the sickening thing is, there were hundreds of real entrepreneurs who have struggled through many companies and learned a lot, who were passed over. sigh.

Let’s be clear. To be an EIR, you should NOT be a spokesmodel for the company. You should have done MULTIPLE TECHNOLOGY STARTUPS, Launched Unique Visionary Products, And have experience running companies hiring teams and finding investment.  Do these two qualify? They seem to think that they are just helper liason’s for Entrepreneurs. One of the most IMPORTANT functions of a EIR is to evaluate startup companies and qualify them for either partnership or investment from your host company. Sometimes it means doing technical due diligence and pouring over source code. Do they KNOW the GIT command to pull source code?  Do they know how to list a directory in LINUX? Hmmmm.  I bet they know a lot about makeup and hair curlers!

Well, they are ok I guess, but why are they so involved with the United Nations and not America? The Dell Entreprenurs Unite (.com) program is a petition to UNITE! go team. Rah Rah. uhm yah.

One thought on “Dell Entrepreneur In Residence – Never an Entrepreneur? and NOT in residence?, but pretty girls get big paychecks and a cushy life”