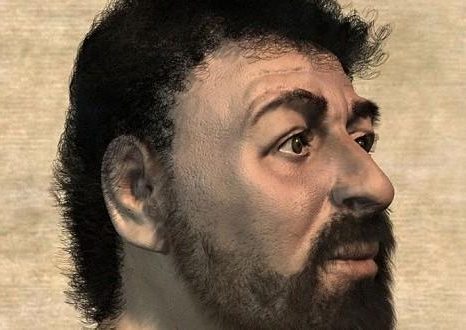 While she admits we will never know for certain, Taylor surmises he would have had olive-brown skin, dark hair and brown eyes.

Another heavily-debated topic is whether Christ would have a long beard – as he is often illustrated.

Taylor previously said he may have had a short beard, which was then considered the “natural look”, but with quite short hair.

Please contrast this with the earliest know mosaics of Jesus earliset known picture of the apostles, they don’t look negro either, of course Paul looks quite like the jew he is, and nearly all modern pictures of Jesus are actually of PAUL. Look how WHITE Peter (upper left) looks.

here is a 3rd century depiction

So this idiot takes a RANDOM SKULL and uses it to guess Jesus’ appearance? What a dolt. It’s all part of the new NEGRO-ization of history. SICK!

One thought on “Jesus Was A Negro Article Claims”