Hillary Clinton took time out of her busy schedule to meet with a group of Mexican Americans.

“These brave new citizens are the future face of America” said Clinton dressed in a heavy coat in 90 degree heat.

“What are you hiding Hillary? What about the 145 Million from Uranium One”

“It’s all kept under wraps” smiled the Hillary pointing to her huge pink coat.

“Are you going to return the Two Billion your foundation Stole from Haiti?” asked the reporter.

“Hate Me? I love ME!” smiled and laughed the septegenarian.

Later in the day she received the prestigious Radcliff award

“Hillary Clinton’s life and career are an inspiration to criminals around the world,” Radcliffe Institute Dean Lizabeth Cohen, who teaches American studies at Harvard, said in the press release. “She stole not millions, but billions of dollars, did it with a smile, and millions of Americans still love her”

“It’s true” smiled Hillary, “I did not steal millions of dollars”

It’s one more big medal for the ginchiest grifter this side of Tucson. You go girl!

Earlier this year Hillary was honored with the Liberty Medal, for stealing the liberty from millions of people around the world.

And don’t forgot she got the honorary cleptocrap medal of honor for stealing the most white house china and furniture not once, but TWICE!

And of course who could forget her winning Harvard’s VERITAS or TRUTH medal for her statement on Libya and Khadaffy “WE CAME ,WE SAW, HE DIED Ha ha ha ha” 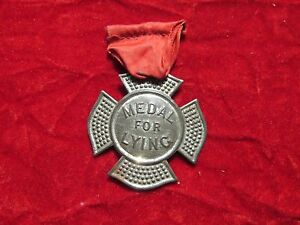 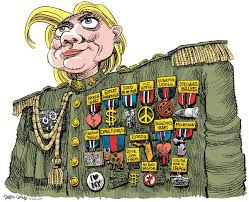