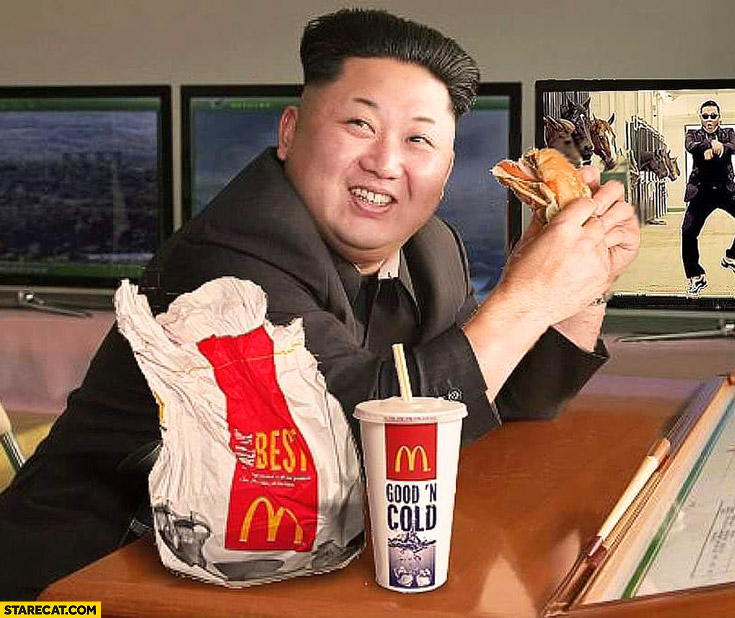 “We spent all our money on nukes and our army” said Kim Jun. “No money left for hotel”

When directed to a nice Holiday Inn at $80 a night, Kim snickered “No, I stay only Fullerton”

The prideful but cash-poor pariah state requires that a foreign country foot the bill at its preferred lodging: the Fullerton, a magnificent neoclassical hotel near the mouth of the Singapore River, where just one presidential suite costs more than $6,000 per night.

“Other country always pay, I no pay!” said Kim. “I supreme leader, I never pay. You say McDonalds I On it!” laughed the rotund ruler.

The mundane but diplomatically fraught billing issue is just one of numerous logistical concerns being hammered out between two teams led by White House Deputy Chief of Staff Joe Hagin and Kim’s de facto chief of staff, Kim Chang Son, as they strive toward a June 12 meeting.

“I starve two villages when I ate their pig, I can eat a lot you know” said Un devouring a McRib sandwich flowin in by jet from Seoul.

So while the rest of the world wonders what will happen on the nuclear front, dubious weapons that barely work and probably can never fit on a missle, all that matters is a lot of fast food for Un.

When asked what the best thing about the summit was Un replied “Trump pay everything, I finally get to eat real food for a few days”