“This is ridiculous, it’s just a little snip, it’s no big deal!” said the Dutch Assemblywoman pounding her gavel.

“But what about Female Circumcism” screamed out a bystander

A huge petition with over 50,000 signatures has now forced the issue of forced male genital mutilation to parliament. Already Jewish lobbies are raising monies for the defense.

“We MUST cut off the penis it is our religious belief” said Rabbi Stein. “To forbid it is pure anti-semitism and hate” 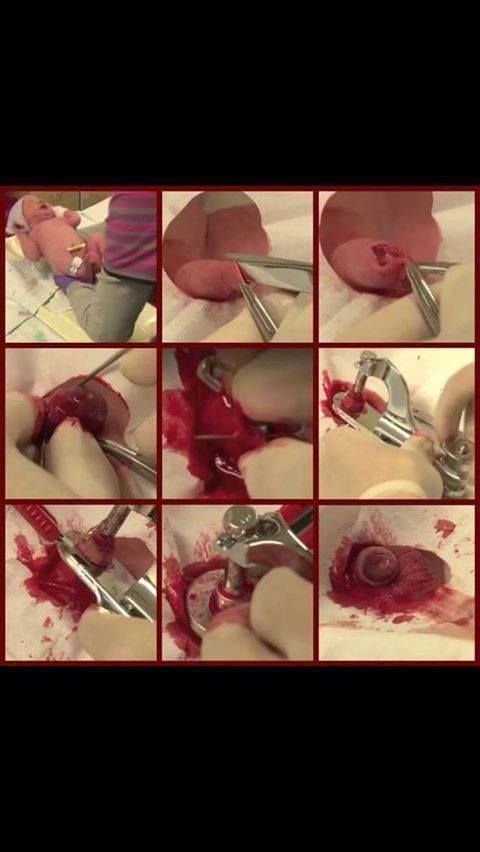 “I don’t see the big deal” said another Dutch assemblyperson, “We have been cutting off parts of the male penis for hundreds of years. Men like it that way”

But what about choice. What about that the practice is forced on infants, strapped to boards and not given anesthetic. What about the months of pain and suffering after their first experience of the world one of blood and agony.

“Toughens em up I say” said a Vicar.

But now it’s coming to a vote. And after the recent loss in Iceland, the practice of mutilating infant boy’s genitals is coming under pressure.

The bloody aftermath is telling in the diaper. This is serious dangerous surgery which harms the child for life, forever removing much of their pleasure center and the fundamental mechanism god designed to produce movement against the frenum when the foreskin pulls back. The fundamental way that men receive pleasure remove, they are freed to become work goats for the state and have failed marriages.

“So like, I’m having sex, and everyone is saying how wonderful it’s supposed to be, and I can’t feel a fucking thing” said John, a twenty year old man who was mutilated as an infant.

A ban on circumcision would be an infringement of the Jew’s basic religious rights, says Benny Dagan, who is Israel’s ambassador to Denmark.

According to the ambassador, there is a lot of scientific evidence that circumcision is the healthy for the boys. Therefore, he does not believe you can legislate against the ritual and draws parallels to the Holocaust. “It is good for them, they like it” said the Ambassador.

“It’s all about Jews’ right to practice their religion, especially when thinking about the Jewish history in Europe, which unfortunately is very tragic. Millions of Jews were killed and their communities wiped out” said Ambassador Dagan

One thought on “Dutch Parliament Takes Up Male Circumcism”