It’s utterly horrific. And it’s spoken in public as if it’s just normal.

Currently, nearly 1,3 billion people live in Africa, and by the end of this century there will be 350% more, or 4,4 billion.1) It is obvious that the continent, whose inhabitants are not able to feed themselves, let alone achieve an adequate level of urbanization and industrialization, cannot cope with such a sharp demographic increase. The UN therefore came up with the idea of resettling Africans to Europe and highly developed countries on other continents. – UN Secretary Guterres

At the end of 2016, just after his election as UN Secretary General, António Guterres said: “We must convince Europeans that migration is inevitable and that multiethnic and multireligious societies create wealth”.2) It can be assumed here that the goal set by the former UN commissioner for refugees (A. Gutters served this function from June to December 2015), is to promote migration, give it a legal framework and manage it globally.

„The fundamental challenge is to maximize the benefits of this orderly, productive form of migration while stamping out the abuses and prejudice that make life hell for a minority of migrants.”

They claim “Drought” but the truth is its population explosion and cutting down all the trees for firewood NOT DROUGHT. They cannot feed themselves EVEN WITH 10 BILLION IN FREE FOOD FROM THE WEST because they are idiots. Let Darwin take its course there SHOULD NOT BE a growing black population in AFrica.

DONT FEED THE PIDGEONS.  Why don’t we teach them, start one child policies, IUDs and Birth Control. We’ve tried that, they don’t listen and they don’t learn. So in the end, it will be starvation that needs to be the control on their population, by sending them tons and tons of food we commit a sin by causing MORE to starve. We have to stop this.

Let the Africans stay in Africa and build Africa. If they are too stupid, then their population will stop accelerating and stabilize. Instead we send them hundreds of tons of food each month. Valuable topsoil that can never be replaced. Why! WHY!

People like Gutter Mouth are INSANE PSYCHOTICS who have NO GRASP OF REALITY OR TRUTH.

NO there is no WEALTH created by importing Africans. To do so DESTROYS SOCIETIES. HOW do you create wealth by importing violent low IQ lazy people who just want to suck on WELFARE and free housing and rape 12 year old girls? HUH?

The UN needs to be shut down. This is absolutely INSANE.  IT is the Kalergi plan put into action and it is MADNESS. Any nation that abides by these notions like SWEDEN deserves to no longer exist. 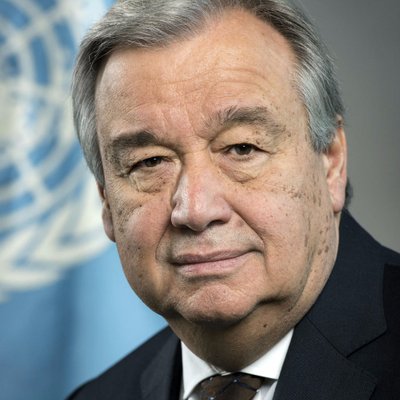 I have an answer to this schwinehund GutterFace. Let PORTUGAL accept the next BILLION AFricans. Let’s see how they do. If it’s successful, ok fine, then the rest of the world will start taking them in. What wait what’s that? You don’t want a BILLION AFRICANS to INFEST PORTUGAL a nearly all white nation?

Hmm let’s see how you are doing on taking in Rapefugees so far.

Of the 1,255 refugees so far received  into Portugal under the EU quota system, 474 have left. This 40% disappearance – or ‘secondary movement’ – figure is one of the highest in Europe. Most of them made for Germany or the UK where they get FREE HOUSING and MORE FREE MONEY.

Of the 474 mostly “Syrian” refugees – aka Pakistanis, Congolese, Somalian, and Sudanese no they aren’t even real refugees –  147 have been detected and some detained by authorities from other countries, mainly Germany and France, but also Belgium, Sweden and the Netherlands.

FOR SHAME you HYPOCRITE. UNTIL PORTUGAL TAKES IN ONE BILLION AFRICANS SHUT THE F-K UP!