The boat of 629 migrants that was demanding to stay in Italy because they had no food for the trip to Spain unloaded their human genetic cargo into Italy and left. But a small boat – the Aquarius – and two Italian coast guard boats took the 629 out of Italy and over to Valencia.

Blacks reproduce regardless of their ability to raise or feed their children resulting in a billion Africans living in poverty. The programs to seed Europe with these billions will result in disaster – for every billion europe takes in, the Blacks will breed a billion more, fed by food donations from America and Europe there is no end to their breeding.

But the plight of the Aquarius, run by Doctors Without Borders (MSF) with Franco-German charity SOS Mediterranee, highlighted the European Union’s failure to agree on how to manage the huge influx of people fleeing poverty and conflict. 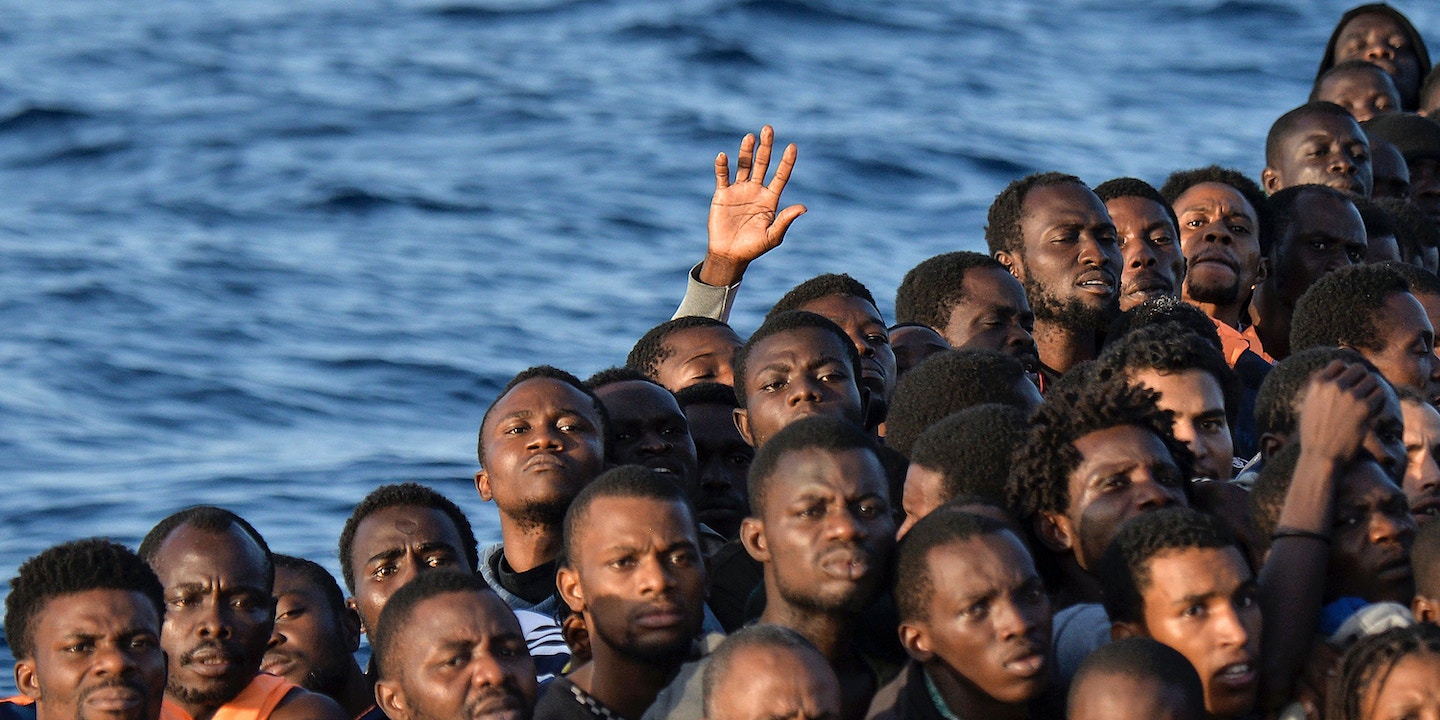 In Valencia, officials in white protective suits and masks greeted the migrants as they debarked and police started identifying them and processing their information.

The Aquarius arrived carrying 106 people rescued from perfectly fine ships which take them from the Libyan coast to the ten mile international barrier, offload the Africans to the fleet of 800 transport ships, and go back for another load. They do it all day long.

While only 100 arrived on the Aquarius, Italy had to use its own ships to free itself from the remaining 529 Nigros.  The others had been transferred to an Italian coast guard vessel and a ship belonging to the Italian navy to make the journey safer.

The coast guard boat was the first to arrive, docking in the eastern port with 274 on board just after dawn.

Shouts and singing erupted on the ship as the migrants on board saw Valencia on the horizon, Spanish journalist Gabriela Sanchez tweeted from another boat travelling alongside it.

“Welfare, Wes Gets De Welfare” the migrants could be heard singing and crying as they entered Spain. Most will make a break for Germany, France, or the UK where the welfare is much better and includes free playstations and pretty young girls to rape.

One thought on “Update: Spain Gets Its First Migrant Ship”