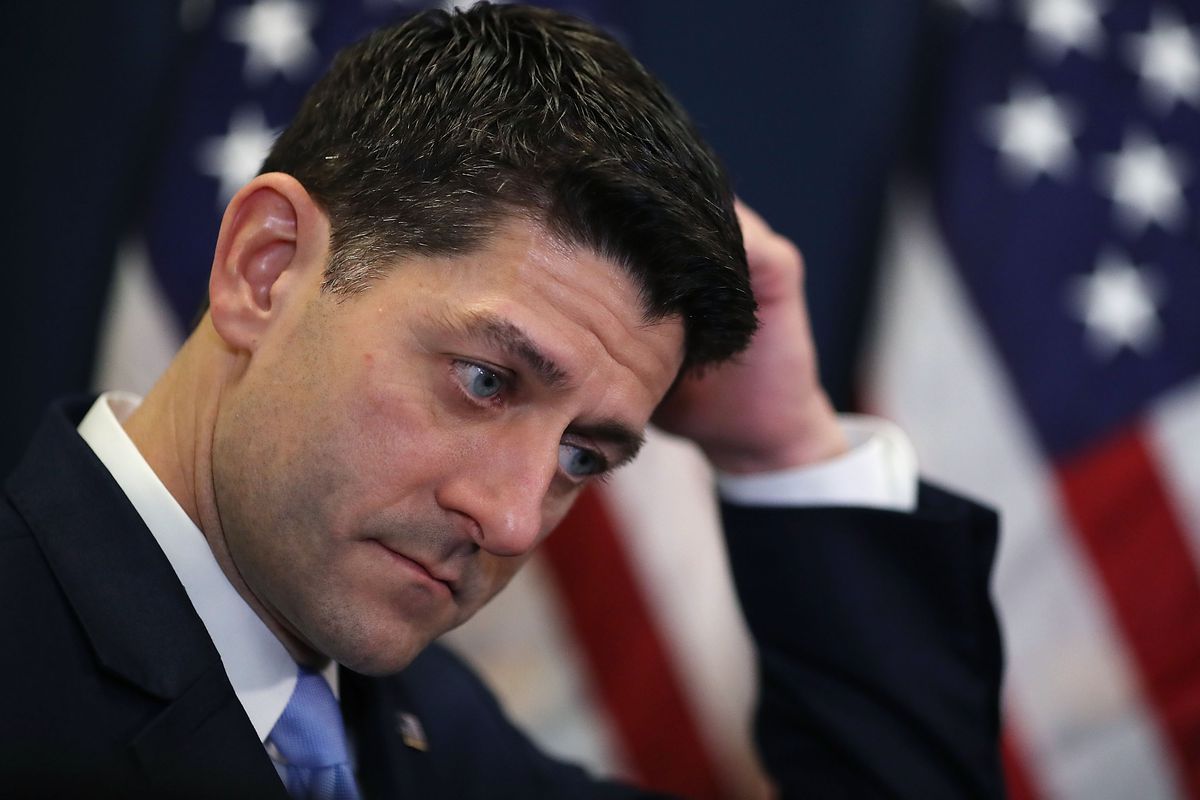 41 Republicans voted against the immigration bill. Why? This is really quite shocking. The truth is these Rhinos are chamber of commerce flunkies who enjoy the ass rape of the American people.

“You catch them then you release them, you may as well not bother catching them. We have the worst immigration laws in the world – the whole world is laughing at us” – Donald Trump Cabinet speech today

The conservative mush compromise is not a great bill and it was scrapped from vote a few minutes ago.

They need to work on these mush Republicans.

The House on Thursday rejected a hardline immigration bill — introduced by Judiciary Chairman Bob Goodlatte (R-Va.) — after leadership postponed a second vote on a compromise measure written with centrists.

The 193-231 vote came a day after President Trump signed an executive order ending the controversial practice of separating children from parents who cross the border illegally.

Every Democrat and 41 Republicans voted against Goodlatte’s bill.

A second vote on the compromise measure has been delayed until Friday as leaders seek to rally support for it.

There will also be a conference-wide meeting on immigration at 4:30 p.m., which will give GOP leaders one last chance to rally the party around the legislation and convince the remaining holdouts to get on board with the plan.

The compromise measure would provide a pathway to citizenship for up to 1.8 millions Dreamers, provide $25 billion for Trump’s border wall and other security measures, and prevent families from being separated at the border.

Trump’s Wednesday executive order, a rare reversal for the president, followed days of bipartisan — and global — condemnation of this “zero tolerance” policy toward families crossing the border illegally.

Trump has made immigration a signature issue of his administration, and he blames Democrats for the situation at the border.

House leadership had expressed pessimism on the chances for either Goodlatte’s legislation or a second compromise bill written with centrists, both of which come as the growing crisis at the border dominated headlines.

The hardline measure faced sharp pushback from both Democrats and moderates, who took issue with a number of provisions including its cuts to legal immigration.

Both bills have the support of the administration.

The vote effectively killed a discharge petition — introduced by Rep. Carlos Curbelo (R-Fla.) in April — that would have circumvented leadership and forced votes on four separate immigration proposals. The bill with the most votes over 218 would have then been sent to the upper chamber.

The discharge petition, backed by moderates Republicans and many Democrats, nearly had its required number of backers, forcing leadership’s hand in bringing forth the Thursday votes.

Goodlatte’s bill would have provided funding for a wall along the southern border, ended the diversity visa lottery program, limited family-based visas, created an agriculture guest worker program require employers to use the E-Verify program — a pivotal provision in garnering conservative support — and allowed for the administration to cut funding toward sanctuary cities.

The legislation, which was backed by Trump, would have also allowed recipients of the Deferred Action for Childhood Arrival program to apply for legal status. It was also modified to include a provision to prevent families from being separated at the border.