Skip to content
Date: July 3, 2018Author: FromTheEditorsDesk 0 Comments
Germany’s top lender Deutsche Bank on Friday said it had quadrupled bonus payouts to staff in 2017, despite booking a bigger-than-expected net loss for the year.
The bank said it paid out €2.16 billion ($2.6 billion) in bonuses, with the lion’s share going to the investment banking division. The huge cash rewards were announced in the Frankfurt-based bank’s final annual report, based on audited figures, which also upwardly revised its net loss for 2017 to €751 million.
In a preliminary report last month, the lender had initially calculated 2017’s net loss at €512 million, its third straight year in the red.
In a statement to shareholders, Deutsche chief executive John Cryan said he recognised that the decision to boost bonuses “was highly contentious for many given the reported net loss in 2017”. But he said the compensation was necessary to hold onto the best talents.
“If we want to live up to our claim of being the leading European bank with a global network, we have to invest in our employees,” he said.
Some €1.3 billion of the reward money went to the Deutsche’s corporate and investment banking division, which employees around 17,000 people. Deutsche Bank managers meanwhile again waived their bonuses, as they have been doing since 2015 amid growing criticism of top executives taking home huge salaries despite poor company results.
The 2017 bonus bonanza is more than four times higher than the €546 million spent in 2016, when the bank made a €1.4 billion loss.
Deutsche, which is in the throes of a tough restructuring and mired in costly legal woes, last month blamed 2017’s disappointing performance on corporate tax reforms in the United States. Had it not been for President Donald Trump’s tax changes in the fourth quarter of 2017, the bank said it would have made a profit of around €1 billion.
Deutsche’s 2017 revenue figure was unchanged in Friday’s final report at €26.4 billion, down 12 percent on the year before. At a pre-tax level, Deutsche was back in the black for the first time since 2014 as it notched up a profit of €1.2 billion, a slight downward revision from the €1.3 billion announced in February.
Although the US lowered corporate taxes late last year, the changes nevertheless represented a short-term hit for Deutsche Bank, as the tax breaks it received for its financial difficulties shrank along with the tax rate.
Deutsche Bank has however said it will benefit in the longer term, as its average tax rate around the world will fall to 30 percent from 2018.
Looking ahead, Cryan said he was confident the bank would meet its goal “of delivering a net profit” in 2018.
Sign up for our free Today in Germany newsletter

Get notified about breaking news on The Local

U.S. Cardiologist Says Carbs Are Not The Problem (This Is)Gundry MD

These New SUVs May Make You Want to Trade Your Car in Today – See For Yourself!SUVs | Sponsored Links

This Clever Trick Can Save You Money at Ulta and SephoraHoney

Man Found At Sea After 14 Months. Then Police Uncovers The TruthIcePop

Many Americans Are Abandoning Landlines for This ServiceVoIP | Sponsored Links

Podgora: Something for everyone on the Croatian coast

No matter whether you’re into hiking, cultural exploration, sports or pure beach relaxation, Podgora is your perfect destination this summer.

Make this small Mediterranean capital your next city break

DO YOU KNOW WHAT HAPPENED ON THIS DAY?

The Bank of Savings in New York City, the first savings bank in the United States, opens.

Deutsche Bank to cut more than 7,000 jobs over profitability

US asks Deutsche Bank for info on Flynn-linked transactions: report

Google Pay launches in Germany. But will cash-loving Teutons take to it?

‘End of the party’: how trade conflicts are already sapping the German economy

Suspect in murder of Susanna F. alleged to have raped another child

Quiz: How well do you really know Berlin?

Löw to stay on as Germany coach after World Cup humiliation 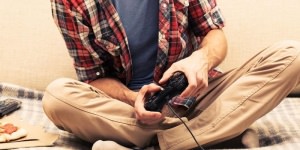 Did You Know?
In 2010, the US Department of Defense took parts from 1,760 PlayStation 3’s to build the DoD’s fastest-ever supercomputer. 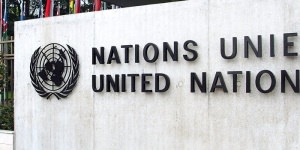 Did You Know?
In 1965, Indonesia became the only nation to ever withdraw membership from the United Nations, but they rejoined a year later. 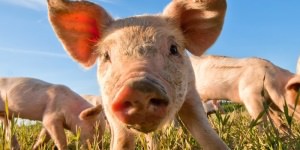 Did You Know?
The Pig War was an 1859 conflict between the UK and the US prompted by an American shooting an Irish pig for eating its potatoes.
Did You Know?
If the world’s entire population lived like an American, it would take 4 planet Earths to sustain that amount of resource consumption.
Did You Know?
Each month, the White House presents the President with a bill for food and incidental expenses that he must pay out of his own pocket.
Sponsored
Advertisement
Sponsored
Advertisement

Berlin City Cup in Dragon Boat Races, 30 June – 01 July 2018
Return from Russia – the long walk home.
View all notices
Dear reader,
The Local Germany really needs your support to continue to exist in a very tough media environment.
Membership will give you full access to all the news, in-depth articles, interviews, opinions, guides, quizzes and much more.
You will be able to comment on the articles and join the debate.
Moreover, membership covers all editions of The Local.
We appreciate your support.
Jörg Luyken,
Editor The Local Germany
(joerg.luyken@thelocal.com)
Join us today!