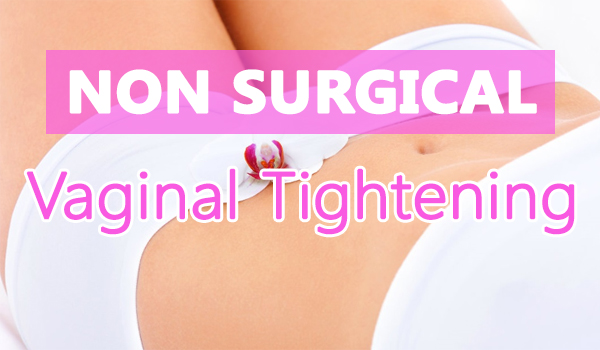 Jennie noticed that after years of banging black guys her nether parts looked more like an inside out Sheep than a vagina. Her labia had become stretched out and flappy like a pigs ear.  She looked like she had just given birth to a hippo, yet she has never had children? What the heck is going on? Well doctors have stepped in to help. Meat Flap reduction surgery and Laser vaginal tightening are the answer to the carousel riders woes.  No you don’t have to look like a banged out slut that’s ridden a 100 miles of Big C. It’s expensive, but boobs and lipo and nose jobs and injections weren’t cheap either. The cost to be a modern slut has gone up adding another 50 grand to the price tag. If it’s good enough for the Kardashians, it’s good enough for us says the modern meat bag woman.

Vaginal rejuvenation was one of the hottest new cosmetic trends in 2017, according to RealSelf, an online marketplace that ranked procedures based on consumer research. The tightening method came in above fat reduction for the most desirable procedures.

RealSelf released its first U.S. Laser & Energy Report on Thursday, and, surprisingly, four brands of vaginal rejuvenation treatments were named the most “worth it” branded laser and energy device treatments, meaning they had a high ratio of positive to negative reviews. Beauty-savvy consumers rated diVa Vaginal Therapy 98 percent worth it, FemiLift 94 percent worth it, MonaLisa Touch 92 percent worth it and ThermiVa 91 percent worth it, all making the top 10.

DiVa Vaginal Therapy is a laser treatment to combat changes that are caused by childbirth or sleeping around. It is also used to treat side effects of chemotherapy or a hysterectomy. RealSelf notes that the company also offers diVaTyte to tighten the outside of the vagina using infrared energy to heat the region.

The trend started to pick up in Hollywood a few years ago, with Real Housewives stars Sonja Morgan, Kelly Dodd and Cynthia Bailey getting vaginal surgery. Real Housewives of Beverly Hills alum Brandi Glanville reportedly paid $12,000 for her vaginal rejuvenation surgery. Last month, Jada Pinkett Smith went public with her experience at the Vitality Institute of Agoura in Los Angeles. Hazel E of Love and Hip Hop even live-streamed during her surgery.

The Kardashians have also considered the treatment, with Khloe Kardashian revealing on her show, Kocktails With Khloe, “My sisters, they’ve had kids, and there’s a vaginal lasering, to tighten. … In my household, all they do is talk about this vagina-lasering. It’s like their discussion back and forth.”