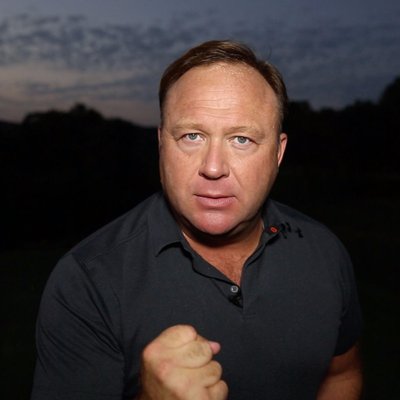 They have all turned on Alex Jones. The Tech companies are shutting him down for false reasons. Let me be the first to say I do not agree with Alex Jones. I particularly find his anti-trans hate speech horrid. But I’ll defend his right to say it. That’s the American way. and how hard is it to Avoid Alex Jones? It’s not like he’s on a mandatory beam into our houses. No we invite him in.

Alex Jones is not at all a good nationalist, he is pro jewish, never talks about the invasion of our country, barely discounts the bankers stealing everything, and hardly understands Hitler.  His articles never discuss the invasion of America, the cucked men, the Feminist non-birthing women, the H-1B genocide of software engineers, he’s basically as dumb as the leftists with a pro America bent.

Alex Jones is NOT NEWS. It is a sermon. It is full of hellfire and brimstone. And for many of us, that’s what we like.

Also, let’s talk about some of these mass shootings for a second. I have a few problems with them.

John Holms – the Aurora Movie Theater shooter – was found dozing in his car.  The people who did the shooting did not resemble him as they were covered in tactical armor and gas masks, and there were at least TWO of them. We know for sure because someone opened the door to let an outsider in. Also a SECOND gas mask was found a mile away.  And most importantly, there is not a single eye witness.

It’s the same with Sandy Hook. Ok the video of the children walking in circles, the fact that they demolished the site (like the world trade) destroying all evidence. But NOT ONE PHOTO of the crime scene EVER CAME OUT. NOT ONE (and I don’t mean the pictures of broken glass). But it’s worse than that. Because Sandy Hook was a rich school and they had just installed a 14 million dollar security system. And there is not one photo from that showing Adam Lanza entering the school. Nope. T/here is no DNA evidence from the fingerless gloves recovered tying lanza to the shooting either.

The point is, it is REASONABLE to question these problems. And ask, is a mistake being made. But the government doesn’t want you to do that. Because if you did, you might question the World Trade Center. Were there really planes? Why is the recovered engine the wrong size with the wrong vent ports? Why did it create pyroplastic flow which only happens in volcanoes and explosions? Why did it disintigrate? Why were the girders not forensically analyzed. Read “The Truth about 911 Part 1 of 4″)

And if we question that, we might question the Vietnam war or the Kennedy assassination (Read “The Truth about JFK”)

And if we question that, we might question WORLD WAR II. (Read “We Fought on the Wrong Side”)

And if we question THAT, we might question WORLD WAR I (Read “The Truth about World War I”)

And if we question that, we might question the creation of the federal reserve and the income tax ( Read The Truth about the New Deal )

And that might cut off the money stolen by the fat cats.

And THAT is the reason they shut Alex Jones down. 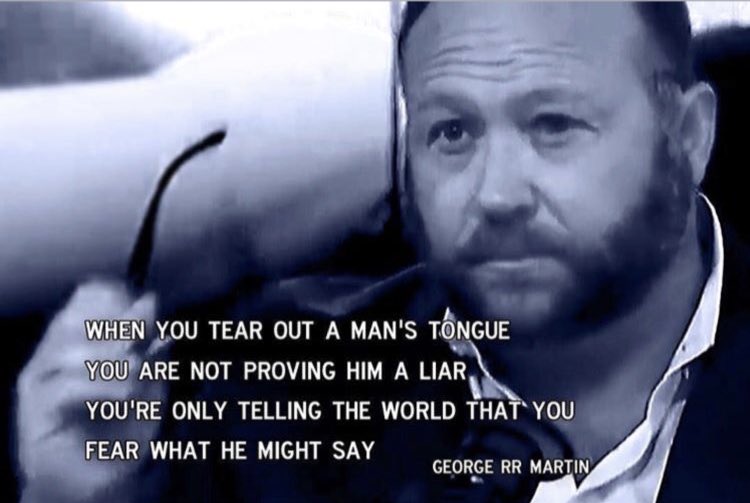