Nadia Zaman, an employment attorney, says that employers are allowed to impose gender-specific dress codes if they can show there’s a legitimate occupational justification – such as for safety reasons. She has questioned the bra mandate.

“It’s gender-based and that’s why it’s a human rights issue,” she said. “I have nipples and so do the men.”

“If they simply require that female employees wear a bra but then they don’t have a similar requirement for males, and they can’t really justify that … then there is a risk that their policy’s going to be deemed to be discriminatory,” Zaman said.

So the new employment handbook will require ALL employees to wear bras.

“At first we thought it was a joke!” said Sales Manager Tommy Russo. “But actually, it’s just like wearing a jock, you get used to them!”

It all started when they tried to get busty Nadia into a bra at work.

“They’re horrible,” said the 25-year-old, who took a job as a waitress at the golf club’s restaurant in May – only to receive a notice from her employer weeks later notifying her of the dress code, which read: “Women must wear either a tank top or bra under their uniform shirt.”

Given that she was required to serve customers on an outdoor patio in hot weather, Schell says she had no desire to wear a bra or an undershirt.

“It was absurd,” she said. “Why do you get to dictate what’s underneath my clothes?”

Schell has filed a complaint with the B.C. Human Rights Tribunal. A hearing date has yet to be set. Schell says she ditched bras two years ago because they are uncomfortable. It reminds us the time Jerry Seinfeld went to court for crashing his car because Mulva wasn’t wearing a bra. 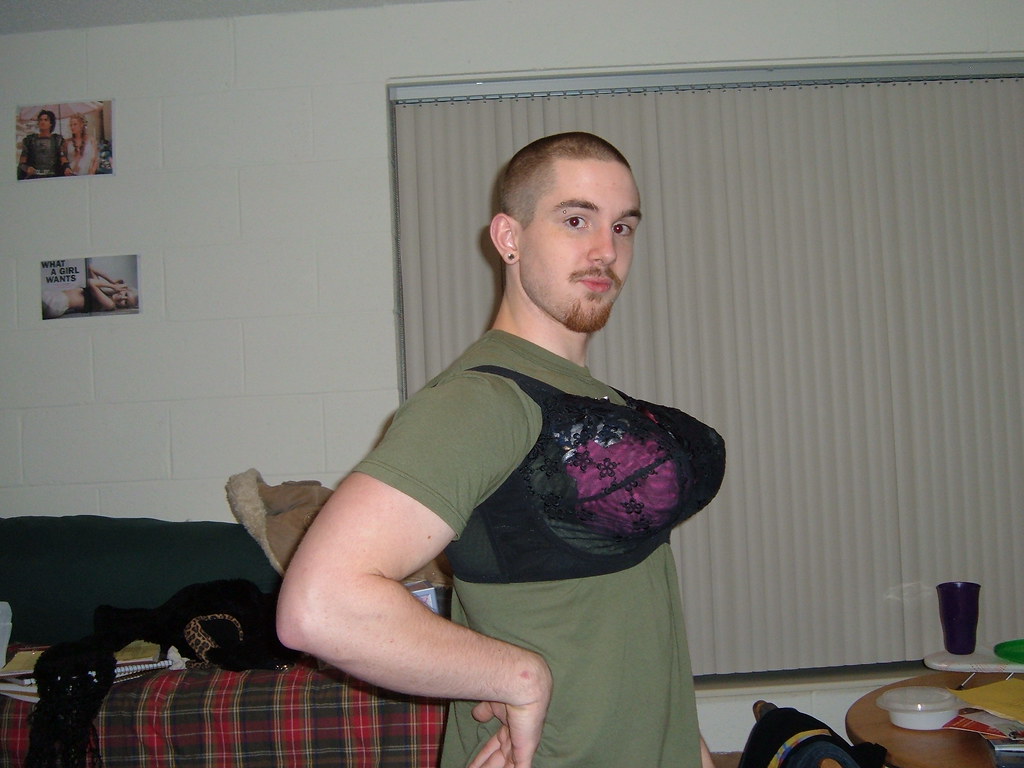