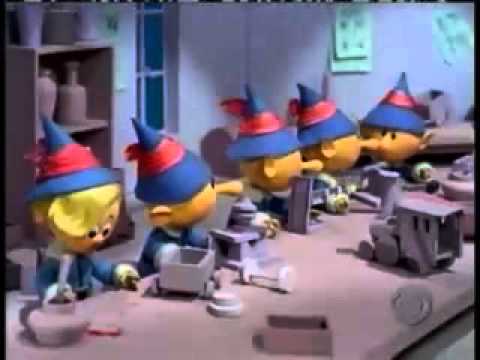 Apparently all toy production has halted in the north pole village. Santa was accused of using strong arm tactics like withholding egg-nog and cookies until the Elves get back to work.

“That egg-nog is our life blood. We can’t hold out much longer, but we demand a living wage. $15 dollars an hour is the minimum.

But lawyers for Santa are fighting back. “We are our own sovereign nation up here in the north, so we can’t issue dollars. We haven’t had any need for money up here as we are communists and share everything”

But the elves begged to differ – “It all ends up at the big house. That roast turkey, that christmas goose, that’s big house only. And try to nick a nice ornament from there and you’ll find out just how bad a bumble bite could be!”

Grouchy the Head Elf has started cracking down. “First they wanted to be a dentist, now Georgie wants to be a ballerina. I’m banging heads down there until they wake up and get back to work!”

Another issue is the strange toy requests coming in from the European Muslim children.

“Hand granades, rocket launchers, AK-47s? Real working ones! How are we supposed to make that!” screamed Grouchy.

Things have gone from bad to worse as Christmas approaches. Rumor has it that Yukon Cornelius was caught hiding a stash of sharpened candy canes for the uprising. “It’s my second amendment right to bear arms” said Cornelius as they dragged him off.

Santa has offered 2 extra cookies and sundays off but not in December when everyone must work every single day.  With a deadlock on the north’s egg-nog supply, the frantic elves are slowly returning. To fight back, secret workshops have been setup with Indian elves brought in on the H-1B visa.

“they’re just as good as our elves but work for half a cookie a day!” screamed Grouchy.

“Half a cookie? who can live on that!” protested Snarkie.

“Get back to work or its BUMBLES for all of you!” screamed Grouchy.