Hillary goes free. Trump is a Russian Colluder with no evidence, and now Micheal Fields gets sentenced to life plus 4000 years in prison. “This is not america.. fa la la la la” – David Bowie

I was there. I saw the hate in the crowds. I narrowly escaped physical harm at several points—aside from the tear gas of the police. I know full well journalists were watching it all and I have since read the independent report. [PDF]I find it nothing less than horrifying to see how casually people go along with what they know to be a lie. 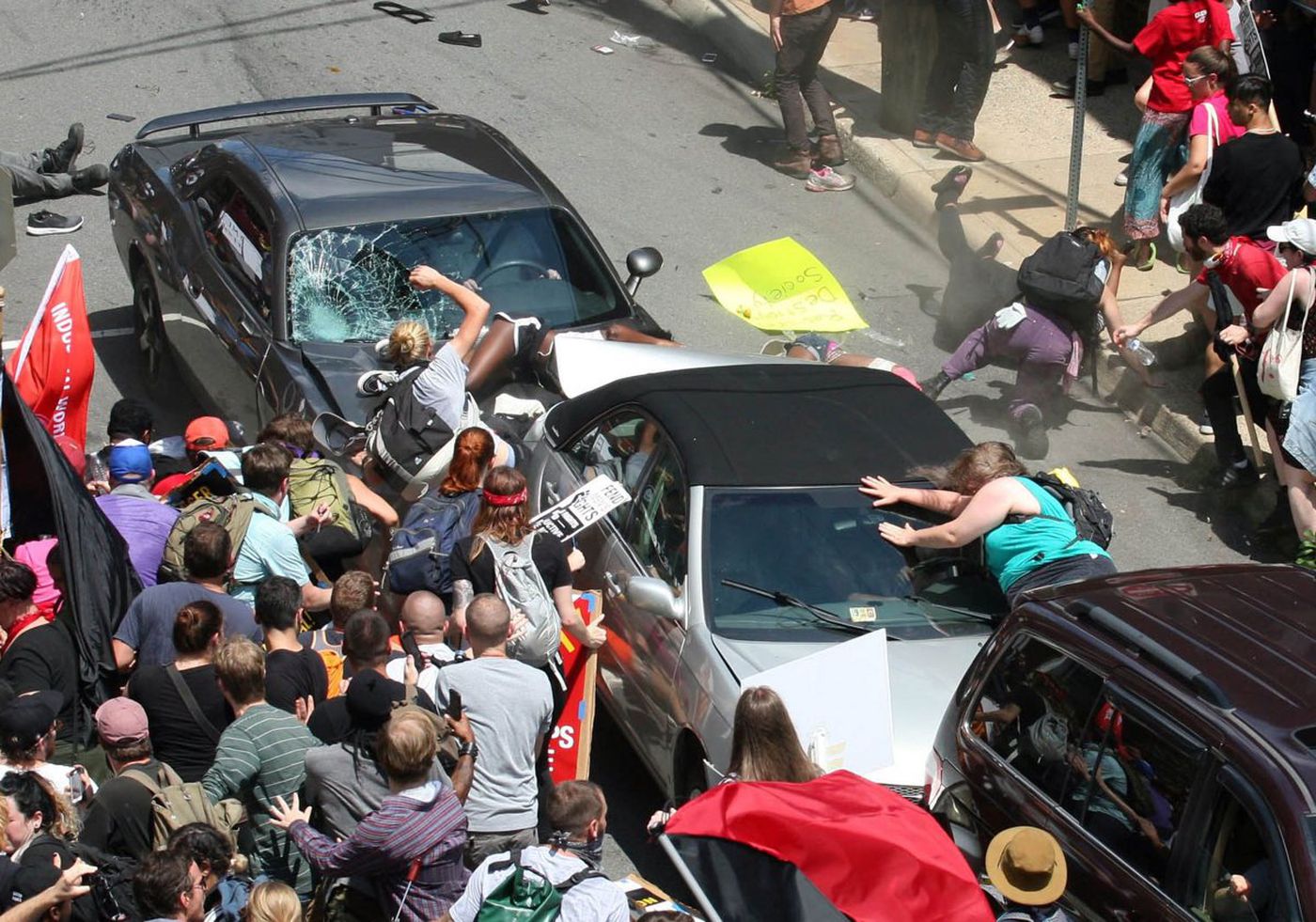 Furthermore, there is NOT ONE SINGLE PHOTOGRAPH of Heyer on the ground, injured, being carried into an ambulance, NOTHING. NOT ONE WITNESS. So what was the charge based on?

Video from shows other cars being set upon by protesters. Yet somehow the myth of a peaceful crowd was still allowed to stand. Antifa activist Dwayne Dixon is actually on video bragging about how he waved off Fields with a gun earlier that day, yet Fields’s attorney did not give him any tough questions.

And what of our rotund friend Heyer? Well it appears SHE WAS CRUSHED BY FLEEING ANTIFA CROWDS. STOMPED UNDERFOOT BY HER OWN FRIENDS.

And Heather Heyer was carried out with NO BLOOD NO BRUISING on her hippo frame. What is it with lefties and FAT chics? Because they are the underslobs of society that’s what.

T’s the sick dark fanged left taking it’s meal after months of virtue signaling. AND IT IS NOT JUSTICE.