The problem with a hard wall is the sheer vast amount of resources it would take. Worse, they are talking about making it out of steel, a very NON eco friendly material.

Trump has 1.6 billion already to work on border security why not build a network of towers – 4 to a mile, 40 feet tall.

They would house two or three border guards, have high tech cameras and seismic monitors, drones, be solar powered, and use composting toilets.

For construction, how about 3D printed Concrete, with the interior filled with straw-plaster packed construction. The 3D printer is perfect because a long arm can revolve around a central base and even print the stairs to get up to the top.

In really critical areas, the Towers could be linked with wall fencing. But the parallel steel is not the best design, you can crank them apart with a 20 dollar hydraulic jack and squeeze through. 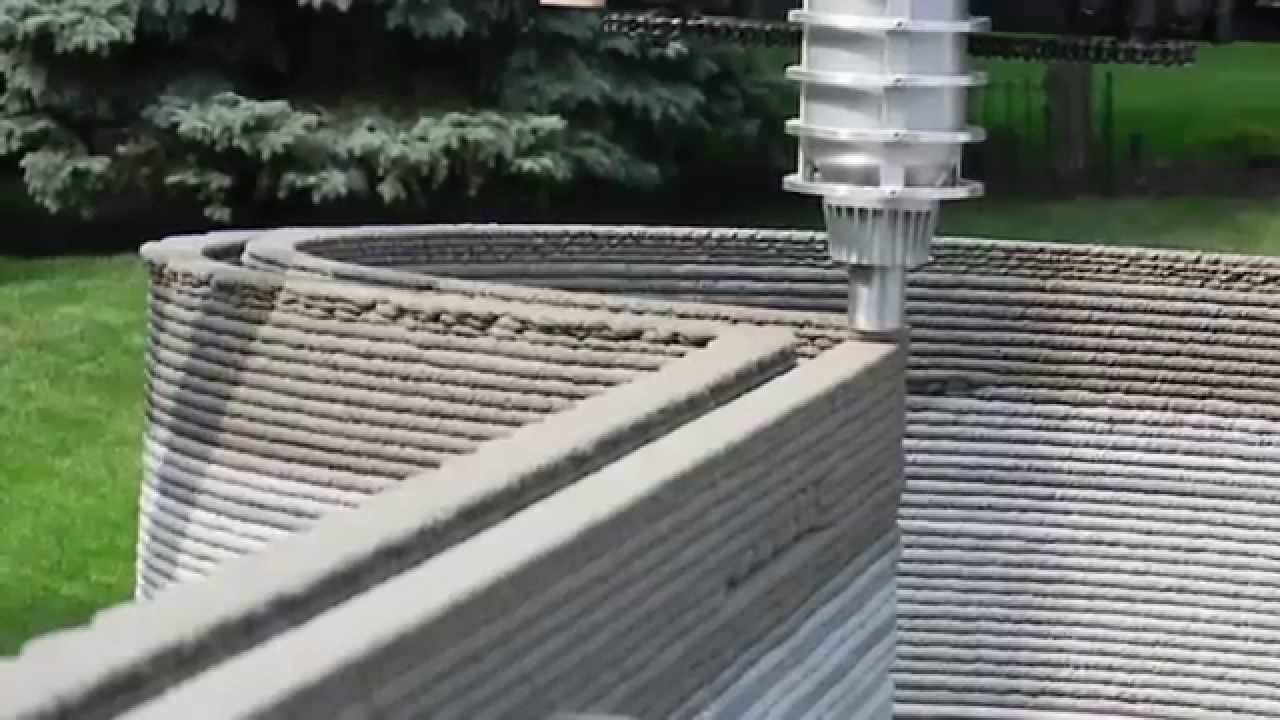 It’s important to use natural materials not to waste massive amounts of steel or concrete.

Another possibility is to put up electric fence lines in between the towers. These high voltage lines deter 800 pound pigs, they would deter a 120 pound invader. and sensors to determine that they are active and not cut.

One big question is what is the penalty that happens when invaders storm across the border, e.g. ran between towers.  We should develop new kinds of non-lethal weapons. Darts with sleeping poison, microwave blasts, drones with nets. who knows? But we need different levels which would escalate up to RIFLES as they tried to get in. this is another reason why it’s important to have a secondary fence.  Non-lethal in between fences, but lethal once they try to get over the inner fence.  This should be marked clearly in all languages in front of the towers.  Really we don’t want to catch them at all. Simply apply greater and greater force until they either retreat or we have to pull the dead bodies out.

The stairs to go up would be 3d printed concrete as well. Maybe have a pole for quickly going down. Have composting toilets on top and a small plumbing system for water and a sink via a ground level tank and pump. a manual elevator – dumb waitor could be used to move items up and down.  Obviously outfitting it with cameras of all kinds and alarm systems would be de-rigour. And on top, flying proud, the American Flag. It’s a lot nicer looking than the wall and in fact 3d printing would allow different designs to be easily produced.

Longevity would also be better than a wall. New water strong concretes with fibers are now available. Like Roman concrete they use the water to slowly crystalize and get even stronger.  and they would use 1.1000th the concrete that a full wall would require. From a resource plan, the bollard steel walls with vertical pipes are just a huge waste probably only useful for high traffic city edges. But these walls do not have ladder catchers. give me a 20 buck car jack and I can pry those steel bars open and let 1000 people through.

One critical feature for a wall is a ladder blocker, essentially spikes which just out at a 45 degree negative angle. So even if they get a ladder to the wall, they are trapped under the spikes. While some super athlete might be able to then grab the spikes and monkey over them, it’s doubtful they could do it carrying packs of drugs. And then, as they reach the top, how do they get the ladder over? They can’t it’s trapped.

the following video shows how to build slip-straw walls. Much more eco friendly than using just concrete and steel.

There is a huge amount of MASS in building a wall across the southern border. But if we build it with BIOMASS – a renewable resource – basically straw and clay and a small amount of portland cement – then the resource waste on the wall is minimized.

The power of 3D printing will allow us to build walls and towers, as outline walls, stuffed with slip straw, produces everything we wish – strong walls, hard to climb, but without the huge resource costs of being solid concrete or brick or steel.