“BUT WE TRUSTED YOU!” screamed the leftist girl.

The girls were told the men could help them hunt for mushrooms in the mountains. A few minutes later, they learned that the men were after a whole new kind of mushroom. 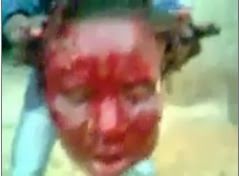 These are the same kind of girls who REJECT HARD WORKING SMART EDUCATED WHITE MEN and REFUSE TO START FAMILIES.

“What ME go out with YOU! <snarl scorn>”

They didn’t need no man to protect them they were free empowered women! And all races are the same so let’s welcome all the negroids into our once safe and prosperous lands.

“Let’s Backpack Through Morocco All the Races are the Same!” they must have thought, and like all of these ignorant women who vote for the invasion of the Europanic race, they were UTTERLY MISTAKEN. That is the lesson of this tragedy.

Jespersen and Ueland had been studying outdoor activities at the University of Southeastern Norway and had taken a month-long holiday in Morocco on December 9. They traveled to North Africa’s highest peak, Mount Toubkal, where they camped until they encountered the killers. Both of their bodies were found in their tent, while the graphic beheading video quickly went viral.

In the aftermath of the slayings, Swedish state broadcaster SVT outraged viewers after they ran an article claiming that the gruesome ISIS-inspired murder of two Scandinavian girls in Morocco “had nothing to do with Islam,”