Charlotte (formerly Charles) Clymer, who calls themself “TRANS” but doesn’t use the medical term transsexual, was recently thrown out of a woman’s bathroom after women complained that a man was intruding on their safety.

Clymer still has a big fat penis. Do they belong in the womens restroom as a “transgender”?

This is the problem with this very dangerous word. For years “transgender” meant transvestite. So then NO they shouldn’t be going in the womens room.

But transsexuals ARE REQUIRED to live in the opposite gender role for a year before genital surgery. So they MUST go into female bathrooms by law.

What transgenders have done is essentially HIGHJACKED the medical process meant to protect transsexuals and use it to wave their dicks in females faces in women’s bathrooms. 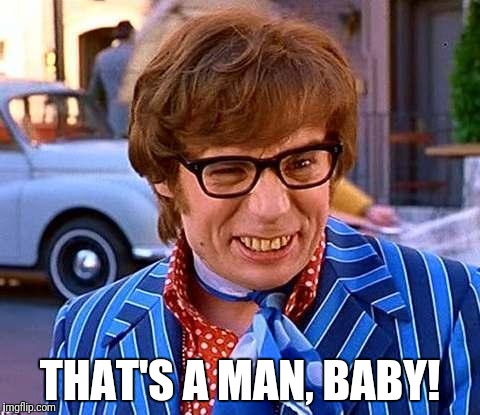 To be a transsexual you need a formal medical AND psychological diagnosis. But now, it’s all a blurred mess. Because they wanted to change the word and include transvestites.

This is a big problem. Because the two do not mix and aren’t really at all related.

The wish to live your life as an accepted transvestite and NOT GENDER TRANSITION is a fantasy wish for the the transvestites who for years were second class citizens in their mind compared with those who actually trans sexed and became regular productive women, not men dancing around in frillies.

Clymer sounds exactly like a male, and looks quite like a male even with lipstick and a cute hair bonnet. So are we to judge? Is that wrong? Contrast that with transsexual Kim Petras and we CLEARLY SENSE THE FEMALE as one would with a young transitioner. But even with older transitioners who trans sex, they don’t talk in booming man voice. Look at Blair White she also transitioned at an older age.  Blair cannot pase as a man even WITH MAKEUP to make her look male

Charlotte/Charles comes out as “transgender” aka transvestite I guess? I don’t understand because the word has no meaning, it’s been corrupted and pushed precisely because it’s meaningless. The problem here is writing laws around a word that has no meaning. And NYC has fined the restaurant in question $7000.00 for the offense against Charles/Charlotte.

So when someone says “I came out as Trans” you should reply “car transmission” because they are talking nonsense. Intentionally. “Do you mean transvestite or transsexual?” “Transgender they reply” “Oh transvestite! Ok no biggie”

Charlotte Clymer, who works for the Human Rights Campaign [ed: the shite organizatino that refused to add transsexuals to the american disabilities act resulting in the quitting of Donna Rose], was ejected fromCuba Libre Rum Bar and Restaurant, DC, in June 2018 after she refused to show her ID to use the women’s bathroom

A male bathroom attendant had demanded that Clymer show ID in order to get into the women’s bathroom, before following her into the bathroom when she declined to do so.

After leaving the bathroom, Clymer was confronted by the restaurant manager, who again asked to see her ID, and asked her to leave when she refused.

Donna Rose and the HRC Scumbag Group that threw transwomen under the bus.

on Monday,
HRC’s board met for four “very
emotional” hours, according to Rose, and issued
a statement saying it would not advocate for passage
of an Employment Non-Discrimination Act that did not
include protections against discrimination based
on both sexual orientation and gender identity.
The original, trans-inclusive ENDA was split into two
separate bills last week by Rep. Barney Frank, an out
member of the House of Representatives, because he feared
the inclusive bill lacked the votes for passage.

The HRC
board’s statement posted Monday read, “HRC
will not support the newly introduced sexual
orientation only bill.” But the real controversy
erupted around what wasn’t said — HRC’s
statement never indicated that it would oppose passing
the “sexual orientation” only bill.

“I could
not fulfill my obligations as a board member to support that
tepid stance,” said Rose.