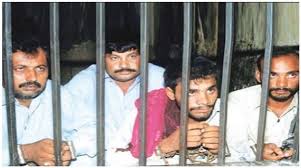 What hits hardest in the little town of Oulu in Finland is a disturbing sense that history is repeating itself here and nothing has been learned from the well-documented lessons of the past. Instead there seems to be a hope that with a few overdue statements this problem will go back underground and the noise will go away.

Initial reports suggest that the abused girls and their parents were not necessarily believed; the police responded only after the strong intervention of the father and step-father of one victim, who set a trap for one of the groomers online. It was this intervention that led a local councilman to uncover the fact that in a two-day period, “a total of 8 men with migrant names had been incarcerated for child sexual abuse, aggravated child sexual abuse and aggravated rape.”

Only after this information became public did the local police finally issue a warning to parents about the threat faced by their children:

“Recently, in the Oulu region, cases have emerged that foreign-born, often non-Finnish men have attracted minors to get in contact with them. At worst, contacts have led to serious sexual offences.”

The Oulu police say they have recently been informed of dozens of cases where adult men tried to lure young girls online. “That’s the reason for our warning,” said Detective Superintendent Markus Kiiskinen.

All of this uproar comes at a politically awkward time for Finnish politicians, just three months before parliamentary elections scheduled for April 14. Prime Minister Juha Sipilä, who maintained a firm silence on the matter during all of December 2018, has now changed course to appear concerned and action-oriented.

He expressed “grief and disgust” at the spate of sexual crimes, and claimed that he understood the worry and anxiety that many people are feeling. In a statement, he stressed that everyone who comes to Finland should respect Finland’s laws and the principle of personal integrity. He also emphasised that Finland’s asylum system cannot protect criminals, and called the assaults “completely inhumane and reprehensible.”

It would be generous to describe ordinary Finns as skeptical of his stance. Most sneer openly at the hypocrisy of a man who was hugely afflicted by the migrant madness of 2015, welcoming 32,000 migrants to this tiny country, and even telling the state’s media that his exclusive family home in Kempele, located 500km north of the capital Helsinki, could be used to accommodate asylum seekers.

“We should all look in the mirror and ask ourselves how we can help… My house is not being used much at the moment. My family lives in Sipoo and the prime minister’s residence is located in Kesaranta,” he told Finnish state television. Al Jazeera TV ensured that news of his offer was shared widely.

Despite bold assertions that action would be taken and the laws regarding asylum seekers would be tightened, in recent conversations regarding the numbers of migrants to be accepted from the EU quota system, politicians such as the interior minister were still campaigning to increase the refugee quota tenfold. There is stark contrast between words and actions here in this country.

As well as the hypocrisy of this position, there is also a grating apathy prevalent in the administration. In Oulu’s City Hall, the Administrative Director, Ari Heikkinen, said that he has not heard the details of the problem and could not be certain of any action that might need to be taken, but acknowledged there was a problem with “online communications.”

Maddeningly, there is no sense of urgency here; more a sense that Finnish authorities are sitting on a problem the potential scale and seriousness of which they have yet to comprehend. Perhaps the habitual Finnish talent for understatement is working overtime.

A brave few have broken cover to address the problem head-on. Seida Sohrabi’s Kurdish family sought asylum in Finland when she was five years old. Her interview for Ilya Sanomat, one of the two main tabloid newspapers in Finland, was so keenly observed that the emotionally cool Finns, from both the political left and right, took a sharp collective intake of cold breath.

Her words are chillingly familiar to the experiences of victims of grooming gangs in the UK. One British victim described her ordeal:

“As a teenager, I was taken to various houses and flats above takeaways in the north of England, to be beaten, tortured and raped over 100 times. I was called a “white slag” and “white c***” as they beat me. They taught me; ‘Muslim girls are good and pure because they dress modestly, covering down to their ankles and wrists, and covering their crotch area. They stay virgins until marriage. They are our girls.

“White girls and non-Muslim girls are bad because you dress like slags. You show the curves of your bodies (showing the gap between your thighs means you’re asking for it) and therefore you’re immoral. White girls sleep with hundreds of men. You are the other girls. You are worthless and you deserve to be gang-raped.”