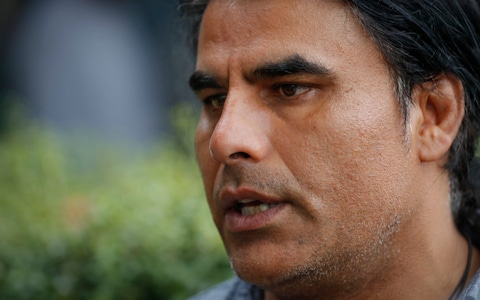 Mr Aziz said as he ran outside screaming, he was hoping to distract the attacker. He said the gunman ran back to his car to get another gun, and Mr Aziz hurled the credit card machine at him.

He said he could hear his two youngest sons, aged 11 and 5, urging him to come back inside.

The gunman returned, firing. Mr Aziz said he ran, weaving through cars parked in the driveway, which prevented the gunman from getting a clean shot. Then Mr Aziz spotted a gun the gunman had abandoned and picked it up, pointed it and squeezed the trigger. It was empty.

He said the gunman ran back to the car for a second time, likely to grab yet another weapon.

“He gets into his car and I just got the gun and threw it on his window like an arrow and blasted his window,” he said.