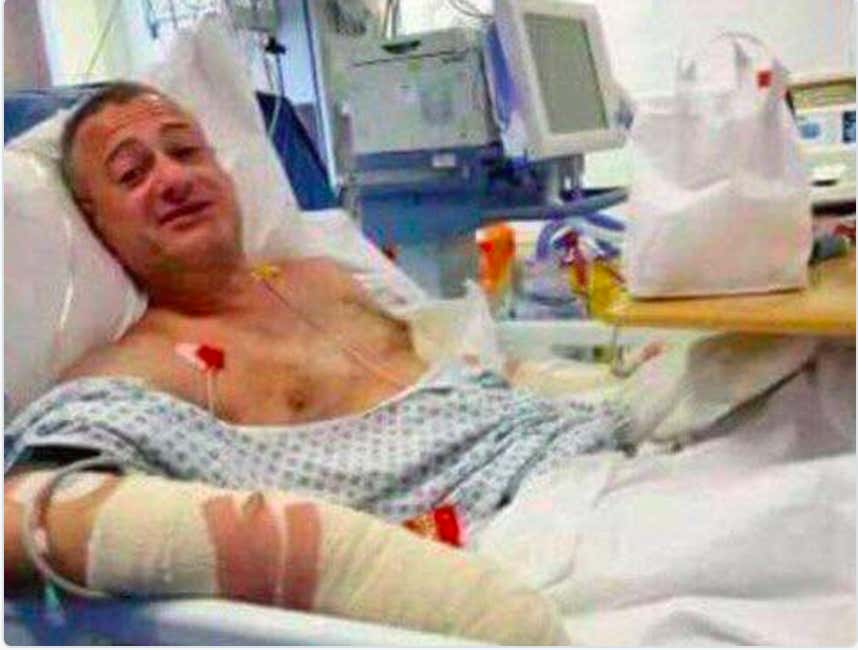 INDEPENDENT – A football fan reportedly yelled “F**k you, I’m Millwall” as he single-handedly took on the three knife-wielding London terror attackers armed with nothing more than his fists.

Roy Larner has already been hailed a hero, with a petition launched for him to be awarded the George Cross medal for his actions in the Black and Blue steakhouse on Saturday night.

In fighting back, the 47-year-old Millwall fan gave dozens of others who were in the Borough Market restaurant the chance to escape.

The british government has labeled him a potential terrorist for fighting back and he now must endure 80 hours of muslim sensitivity training.