.The Indian, the cheating, it goes hand in hand like pancakes and syrup!

This piece of shit Saikat Chakrabarti got a place in Harvard because he was brown skinned, and I can guarantee you dozens of whites were passed over for this piece of shit.

And how did he repay our country for that privilege? He cheated and began funnelling campaign contributions into 2 private slush fund accounts which could also accept large donations from a certain wealthy millionaire who pushed AOC to prominence.

Shockingly, we learned that Harvard Law students do not bother with civics and the bill of rights. It’s sorta flim flammed over for graft, how to get away with crime, and setting up complex corporate structures to avoid taxation.

I’d be shocked, except that as we know, smaller non Europanic brains are less developed. While Indians might talk a good talk, they aren’t actually smart.  One reason they do well in business is the fact that they have no morality center in their brains, like some of the sociociopath American CEOs.  Of course when you come from a country with an average 87 IQ where they still crap in the streets and put their arms in a vice and snap off their wrists leaving the hand dangling by a tendon so they can increase their begging income, well… you get the idea.

The two PACs being probed, Brand New Congress and Justice Democrats, were both set up by Chakrabarti to support progressive candidates across the country.

But they funneled more than $1 million in political donations into two private companies that Chakrabarti also incorporated and controlled, according to Federal Election Commission filings and a complaint filed in March with the regulatory agency.

In 2016 and 2017, the PACs raised about $3.3 million, mostly from small donors. A third of the cash was transferred to two private companies whose names are similar to one of the PACs — Brand New Congress LLC and Brand New Campaign LLC — federal campaign filings show. –New York Post

So now we know the REAL REASON for AOCs rise to power. CHEATING!  Phew for a second I was worried. The question is will any of this flow back to the communist and get her in trouble? YOU BETCHA. But with the DOJ unwilling to charge even Jim Comey for security violations and theft of classified documents, maybe all politicos get to go free now. Call it the Hillary Doctrine. Maybe it’s something new. 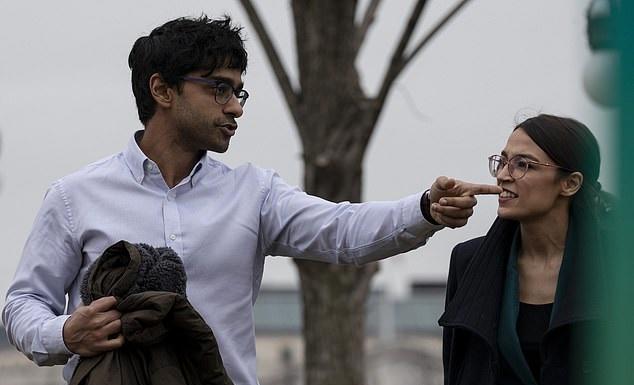