My teenage son is a law-abiding American citizen. To obtain his driver’s permit this year, he brought his birth certificate, Social Security card, passport and verification that he completed an approved driver’s school course. It took a half-dozen trips back and forth between various government agencies to clear all the paperwork hurdles.

Every American citizen who has navigated such bureaucratic hurdles at a local Department of Motor Vehicles should be outraged at the open borders spectacles in New Jersey and New York this week. With the impeachment charade absorbing all the national media’s oxygen, however, you probably didn’t see more than a 10-second blip of these alarming developments on TV. Newsflash: America first nationalism is not winning.

Hundreds of illegal immigrants and advocates took to the streets and marched on the statehouse in Trenton, New Jersey, demanding driver’s licenses without having to produce any citizenship papers. Both the New Jersey Assembly and the Senate approved the measure on Monday while defiant, entitled protesters screamed “Si, se pudo!” (Yes, we can!) and “Licencias, ya!” (Licenses now!). Identity thieves, drug cartels and human traffickers are also cheering “Yes, we can!”

In New York, thousands of illegal immigrants similarly flooded DMVs statewide to take advantage of the new “Green Light” law, which allows them to obtain licenses by simply presenting foreign consular IDs. The Mexican matricula consular card, as I’ve long reported, is a notoriously fraud-prone document with little to no authentication procedures to verify identity. Meddling Mexican officials hand out matricula cards like Pez candy. They are intentionally designed as get-out-of-deportation cards and gateways to opening bank accounts in America. 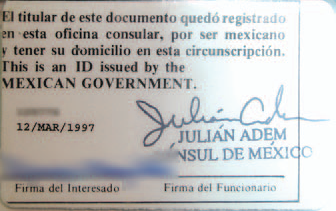 So, where’s ICE? Remember: New Jersey and New York are sanctuary jurisdictions that brazenly harbor and shelter illegal immigrants. The Green Light law explicitly bars ICE from having access to DMV records. As the Center for Immigration Studies points out, the legislation now creates a situation in which “a foreign nation, Canada, freely shares its DMV information with CBP and ICE,” while “the state of New York will refuse to do so.”

Pay close attention to this insanity. It’s not just about rewarding law-breakers with driving privileges. Our country’s election integrity is under siege by foreign influence. Mass migration, legal and illegal, is bringing in millions of potential new voters who support gun control, socialized medicine, expanded welfare, free speech restrictions and resistance to immigration enforcement. Do the political math:

In New York alone, some 265,000 illegal immigrants are projected to obtain their driver’s licenses over the next three years.