its reached stage 4. I have no words

Morbidly obese woman who weighs 462lb and gorges on 10,000 calories a day reveals men PAY to watch her ‘chug drinks through a funnel’ and ‘jiggle her flab’ on camera

A woman who tips the scales at 462lbs (33 stone) has earned an army of online fans by gorging on 10,000 calories a day on camera, while viewers pay to watch her stuff her face with different treats.

But far from just participating in the community, Amanda has found a way to actually monetize her appetite – by charging viewers per video to see her doing everything from chugging down calorie-laden drinks through a funnel, to jiggling her flab. 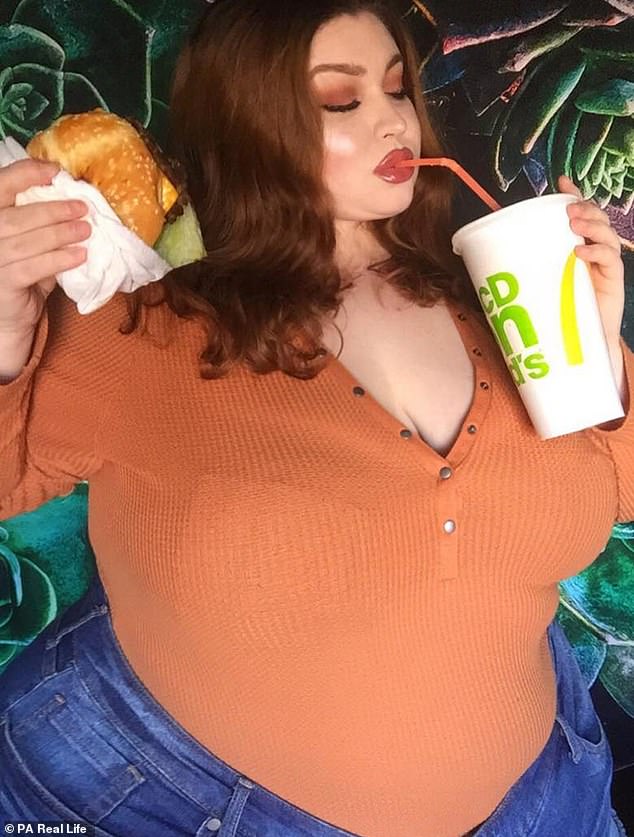 Amanda Faye, 25, who lives in Southern California and tips the scale at a whopping 462lbs, is part of a fetish community known as feederism, which eroticises eating and weight gain. 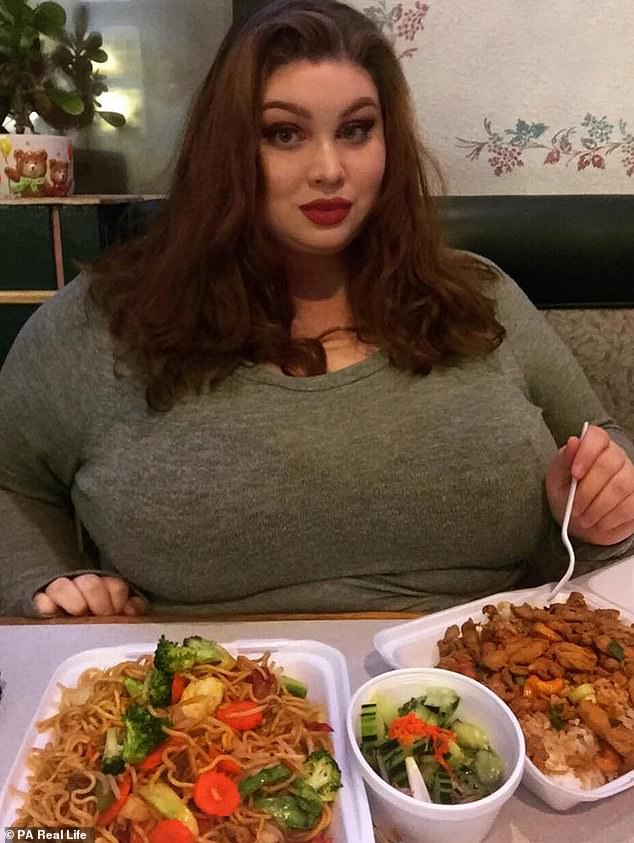 Amanda, seen tucking into takeout, was introduced to feederism by a friend in 2016 and is known as a gainer, or feedee – someone who likes the physical act of getting bigger 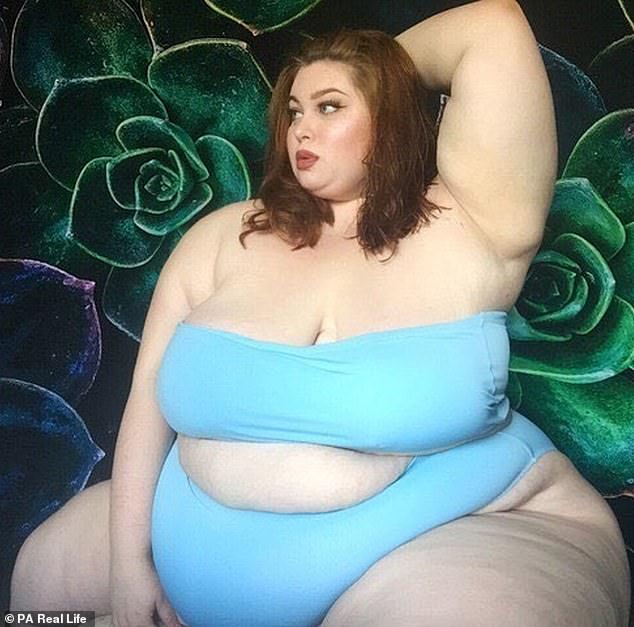 Size 26 Amanda participates in a variety of videos, from ‘stuffing’ clips where she eats massive amounts of food, to ‘funnel feeding’ videos, where she funnels down liquids through a tubeSize 30 woman earns fans by

‘This is all as well as other fat fetish content, including fantasy talk or playing with my belly.’